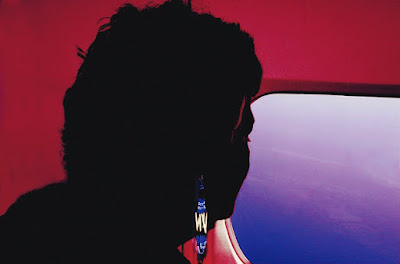 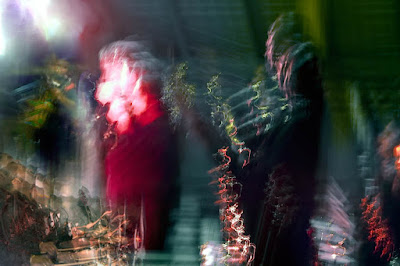 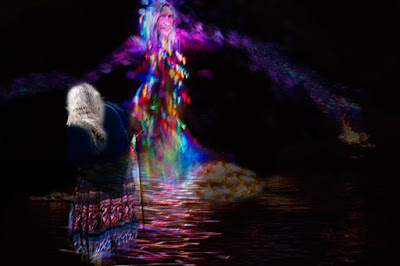 This is one of my most abstract and also one of my favorite poems. The image is
called "Shamaness Meets The Fire Spirit". It's a collage/composition.


Ghost voices grow
like weaving spires in the corridors of the night.
Stalactites of moonlight,
they hum and fade
through the wake of other minds.
A sheet of star rain in the night,
a mist of lightfall lost from sight,
these spectral hints emerge
from the night floor in the dark.
Silver waving plants recede forever
ever ever singing in twinkling winking echoes.
Ghost voices, shadow worlds
arise and converse,
while my sleep waits beyond the hills,
listening.
at May 03, 2009 No comments: