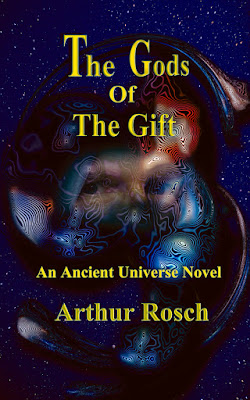 Game Of Thrones: Is it Toxic?

My wife and I watched this series, all five available seasons, in one big gory splurge.  Maybe that was our mistake.  It is addictive viewing, it has memorable characters and every episode ends with a cliff-hanger.
I'll be candid and admit that we have been in an emotional slump.  My wife and I have had a difficult year.  That being said, perhaps it wasn't a good idea to expose ourselves to such villainy and gore.  I can imagine that viewing this series one episode at a time might be less harrowing.  But who does that?  Are you kidding?  In this age of Streaming?
Nah!  Binge viewing is the thing we do.  Doesn't everybody grab a series and watch every episode, one after another?  Don't deny it.  TV isn't a guilty pleasure any more. TV is survival, an alternate reality in which to hide from our terrifying world.
Game of Thrones is High Fantasy.  It has the medieval world-set, the armor, weapons, horses, castles, all that stuff that goes into High Fantasy.  It has dragons, magical creatures and a looming menace that evokes our own present-day world with its apocalyptic terrors.  As we watched we found that our depression began taking on a more vicious edge.  Our dreams were disturbed.  My wife muttered curses in the night and I went on a sleepwalking excursion, standing at the window waiting for some demon to creep into our home to steal our souls.
As a writer I must always ask a question of the story I'm writing: Is this story worth being told?  If I apply that yardstick to Game of Thrones, I'm not sure it passes muster.  Without the genius of Peter Dinklage playing "the imp" I wouldn't have gotten sucked into the plot.  Acting is an interesting process to watch.  Great actors take good roles and define them for all history.  Dinklage will hereafter always be known for his Tyrion Lannister role.  Before Tyrion he was a famous dwarf and an actor.  Now he is far more famous and completely identified with his character.  No one cares that he has short legs.  He has earned RESPECT.  He carried Game of Thrones on his talent.  The series is unimaginable without the work of Peter Dinklage.
There were so many beheadings, throat slittings, impalings, knives to the gut, arrows through the throat, squished eyeballs, spear thrusts through-and-through that it became like a creeping poison, leaking from the TV screen and crawling along the margins of the room, heading straight for our vulnerable psyches.  We have no one to blame but ourselves.  No one forced us to watch this wretched excess of medieval mayhem.  We watched.  We were sick with flu, flattened with fibro, fucked up with gastric distress, hamstrung with hernia....and we watched ten thousand extras get squashed by rocks and broiled with flaming oil.  Oh, what a violent series!  Add a healthy dollop of perfect naked titties and asses, muscular adolescent boys all frolicking with one another and whaddayaknow?  It's really all sex and violence, tits and ass.  I can imagine the producer shouting on the set:  "Did we book enough tits today?  We're running out of tits!  You, boy!" he points to a Production Assistant.  "Go find some asses, get out there on Sunset and round up a few dozen nice tits.  Get some handsome boys while you'r'e at it...make sure they're eighteen and have them sign their releases."
Game Of Thrones.  It was a relief when Season Five ended.  We'd had enough.  It was like eating a whole bag of miniature Reeses Pieces.  It made us sick.
It was delicious when we started.  Then it got a little cloying but we couldn't stop.  Then we wanted to puke and still we couldn't stop.  It was crazy!  Get us to some Hallmark Entertainment, or....some Disney.  No, wait.  When you look deeply enough into Disney you find shit that's even more creepy than Game Of Thrones.
at March 21, 2016 7 comments: 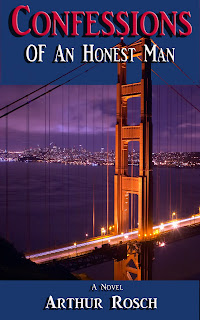 I have a new web site dedicated to selling my books.  By next week there will be three books on offer: my autobiographical novel (Confessions Of An Honest Man), my RV/memoir and my fantasy/Sci fi epic.  The link is Books By Arthur Rosch.  Click on through, o legion of fans, and put yourself on my email list.

Dilemma: Love In The Age Of Hippies

Ah, youth.  I had some interesting experiences in the sixties, living in Marin County.This story came to me in a bank of memories over coffee a couple of days ago.  It said "Write me, write me!"  Who am I to defy the command of the writer's muse, no matter how arcane or silly the subject matter?  Actually, I like this story a lot.