Baby Boomers and Self Hatred 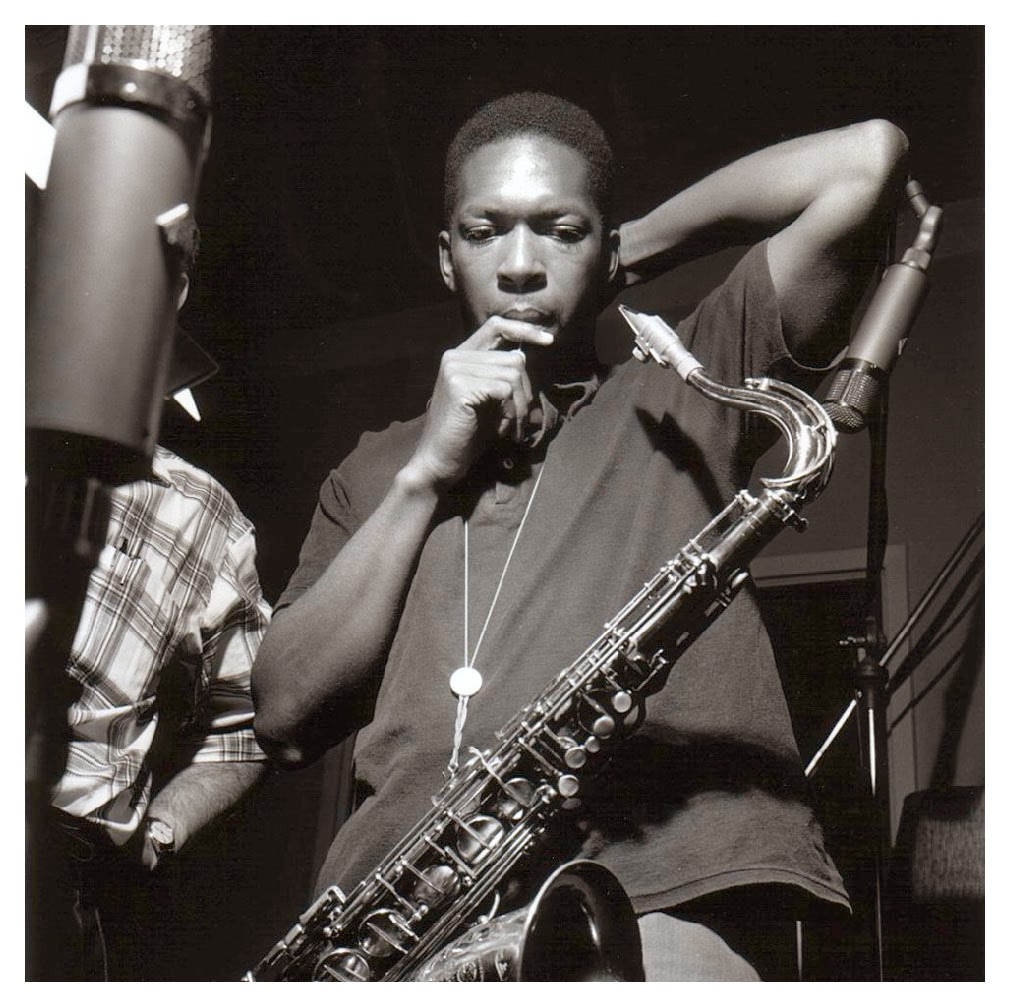 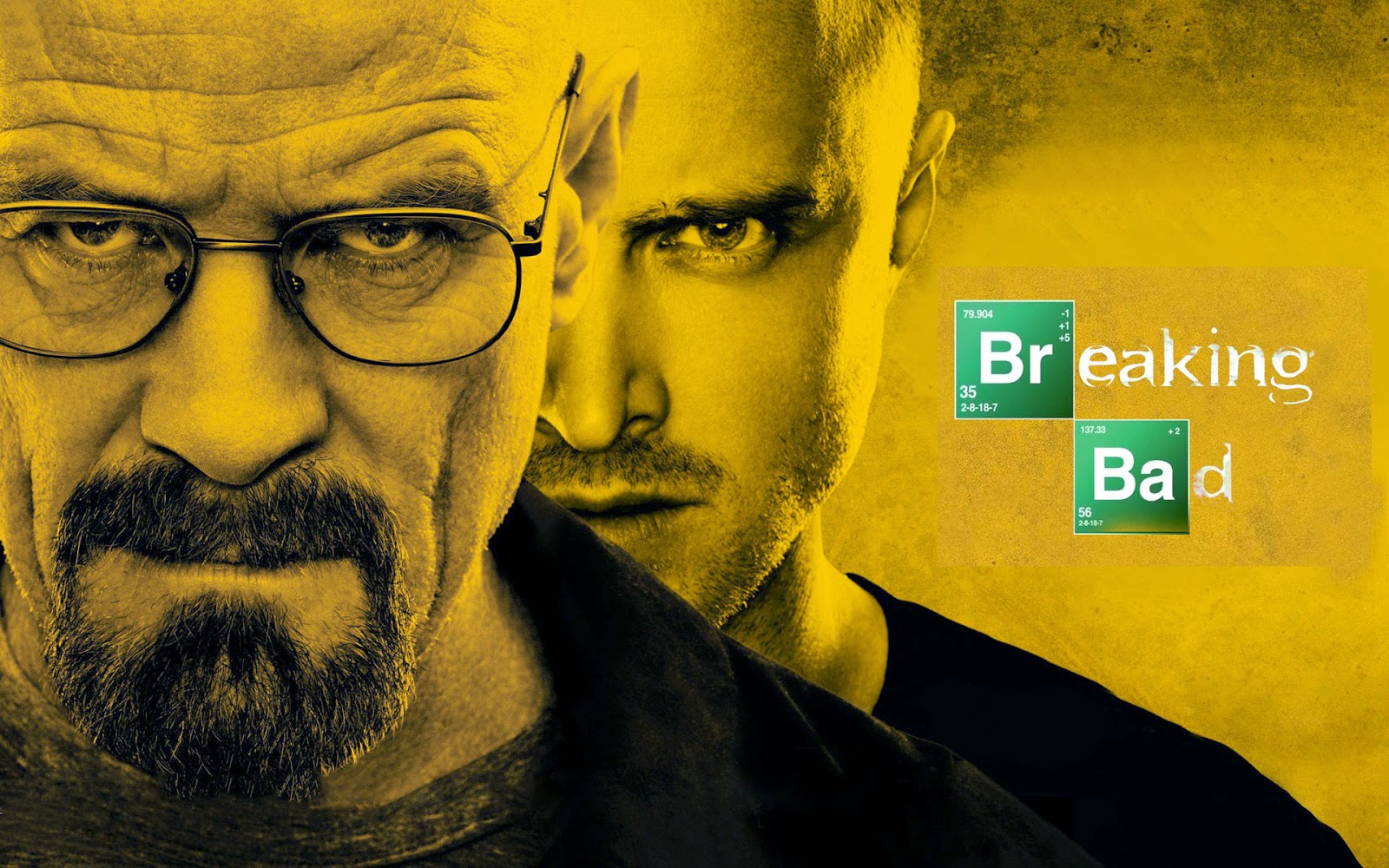 I've noticed that some (as they are called) Baby Boomers are like Jews who are anti-Semitic.  My mother was a classic Jewish anti-semite.  Hateful rhetoric dropped from her mouth like crap from an owl's cloaca.  "The Jews will trick you every time," she often said.  "You can't trust them."  Another of her favorites: "Money's what they're about.  Money money money.  Jews do one thing well, and that's make money.  It's a shonda that Hitler didn't succeed in wiping them out!"  The word "shonda" is Yiddish for "shame" or "too bad".

As I got into my early teens I stopped being afraid of my mother.  I'd outgrown her.  She couldn't beat me up.  "Mom", I would riposte,  dodging her clumsy right hook and restraining my urge to retaliate with a knockout uppercut. "You're a Jew, I'm a Jew, dad's a Jew, Sandy's a Jew.  How can you say this horrible Nazi crap?"

My mom was crazy.  I mean truly bat-shit crazy. Sometimes there’s “good crazy” but mom was “bad crazy”. Her mind ran like the railroad tracks that led to Auschwitz.  There were predictable stops at the same stations at the same times.  There were no deviations.  Is that one definition of crazy?  "An extreme rigidity of thought in which facts and nuances cannot be accommodated lest the pathological structure of said rigidity be broken like a bridge without proper support."

Let me get back to my original thesis, regarding Baby Boomers.  I'm seventy plus years old.  Demographically I'm a baby boomer.  In other cultures I would be a respected Elder but in Amerika I am seen by some as an irrelevant, un-hip old fart who still listens to Sixties pop music.  Let me correct this misapprehension.   I listened to (and still listen to ) John Coltrane, Charles Mingus and their ilk. I admit to being a huge musical snob. Keyboard monster Jessica Williams is the only living legend in my sandbox, and she refuses to be tied up by the label JAZZ.  I will also offer a place of honor to Leonard Cohen.  He has given me enormous pleasure with his music.

I enjoyed post-1965 pop music. Within my vast stack of Coltrane and post-bop LPs were a limited number of pop records.  I bought the second Rolling Stones record.  I bought five Bob Dylan records, starting with Bringing It All Back Home and ending with Blonde on Blonde.  I hesitated at John Wesley Harding. I had to wait a few years for Dylan's Multiple Personality Disorder to roll over like slot machine fruit to a configuration I recognized. I never bought a Beatles record. I am a fan but I still don't buy their records.  Who needs to?

It's weird when I read articles in which Baby Boomers are generalized into a sociological cluster that resembles a haul of mackerel in a giant net.  Our nation has been dominated by some nebulous force called Youth Culture since we were Youth ourselves.  Now, if we don't understand or enjoy Hip Hop we're relegated to the Outer Limits of cultural discard.

Some of the best music I hear is television background music.  These are theme songs, fragments or riffs designed to enhance the drama.  They are sound-memes, identifiers of hit series like Sons Of Anarchy (Review) or Breaking Bad. My ear tells me, "Hey, that's pretty good stuff..".  Fortunately one can buy a lot of these TV songs and themes. They are sold by the show and the season, not by the artist.  They're like playlists.  They ARE playlists.  The show's composer, such as Dave Porter from Breaking Bad, is not interested in tearing up hotel rooms and snorting coke with groupies.

The contemporary musical acts to which I am exposed are forgotten as soon I've heard them.  I give Lady Gag props for her science fiction wardrobe and catchy tunes.  But most of the singers or bands I hear get me to wondering.  Can they play at all?  Five years ago I would have thought so but lately there’s something stirring on the music scene and it’s Covid inoculated.  These musicians are awesome and they’re not touring.  They’re in the studio.

The dance shows knock me out. We love the dancing and choreography.  Love it!  I'm convinced that dance is in the midst of a golden revival, that we are witnessing the invention of truly new languages.

When we see a band or a musical act, the odds are about fifty fifty.  They’re either phenomenal or phenomenally boring.

I have no refuge.  If I want to listen to jazz I'm welcome, of course.  But there is no more John Coltrane, no more Charles Mingus.  Now we have Marsalis Gumbo, that well known New Orleans dish. God bless the Marsalis clan as the best thing to happen to jazz.  It's good stuff,  it shows awesome technical prowess and a smidgen of soul.  It seems, however, that musical innovation is being led by technology.  One can buy a machine that makes sounds that might emanate from remote corners of the galaxy. It has no difficulty playing in 15/8 time.  We can write and play whatever we want!  Our imaginations have been unfettered.  Where are the people putting these awesome tools to use?  It turns out that the really good musicians, players who are imaginative AND proficient have migrated to the world of television and film, where they provide so many excellent sound tracks.  They're not interested in being pop stars.  They're interested in doing their work and making a decent wage. BTW, they're on Youtube, offering their teachings.
There are no musical categories any more.  Jazz as a dynamic art form ran out of gas around 1970.  It had played itself into a corner called "New Wave" or "New Thing" and hardly anyone could tolerate the caterwauling that emerged from the saxophones of Albert Ayler or John Tchicai.  (A confession here: at the time, I loved New Wave.  I was taking acid).  Today, however, I find that Jazz hasn't disappeared at all.  It's grown and flourished!  Who wouldda thought?

I'm not ashamed of being seventy plus years old.  The alternative is to be dead.

Anyone who has reached such an age has survived a given amount of horrible pain.

I'm proud to be a survivor.  I know certain things.  Pain is a great teacher.

My mother taught me by negative example not to feel contempt for my own tribe.  Her railroad tracks ran out in 1980, when she committed suicide.  She rolled up on the terminal station of her mental Auschwitz and it didn't look very inviting.  The sign said "Arbeit Macht Frei" and poor mom was in no condition to Arbeit.

I know this isn't my best-written piece, I know it's sloppy and barely hangs together.  I'm trying to start a conversation.  I'm tired of being dismissed by little kiddies half my age who are now taste-makers, trend-setters and power brokers.  INFLUENCERS.

I'm in the business of making a living as a writer and I passed Rejection Slip #500 a long time ago for my novel, CONFESSIONS OF AN HONEST MANhttp://www.artrosch.com/2014/06/my-novel-vice-of-courage-chapter-one.html.  It's as profound and touching a story as any novel in print, it will make you laugh and make you cry but it has no vampires, nor anything with long teeth, it's just about people and the way they go about healing themselves from having crazy mothers.  Seventy pages of this book take place in 1982 Afghanistan!  It's exciting as  hell!

Literary agents, editors,  publishers, taste-makers and other cultural filters and gate-keepers will some day be either seventy plus years old or six feet underground.

I invite them NOW, (before it's too late) to get on my train, whose tracks are constantly being built right under the engine and we never know where we might end up. 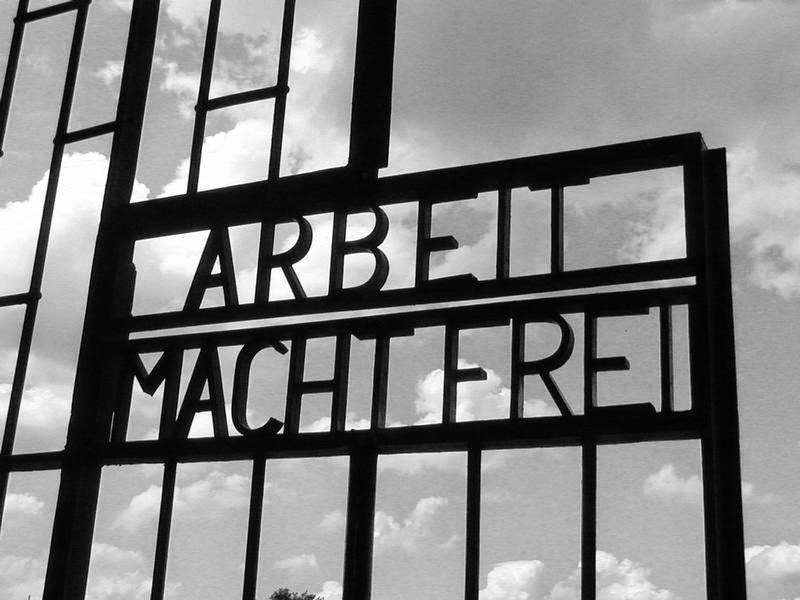 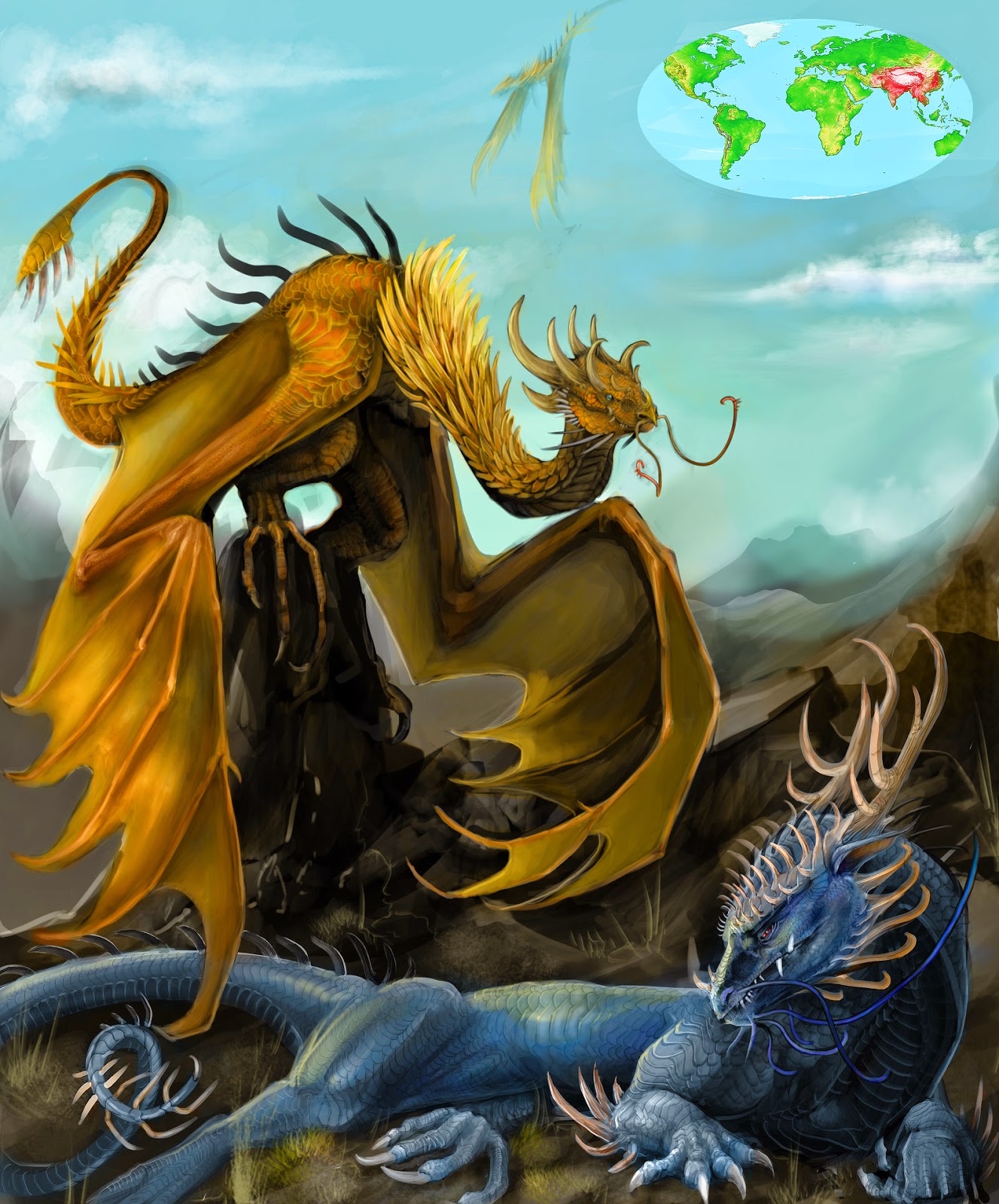 The mind is a fickle beast.  It renders life a matter of interpretation.  It messes with facts the way a cat messes with a catnip mouse.  Let's take an example of a fact and the way the mind can squeeze the texture of reality into the most paradoxical experiences.
Here's a fact:  I pay $700 a month to live with my partner in a 38 foot motor home.  That's for  site rent, water, sewage and a generous stipend of electricity. Interpretation #1---we are poor white trash who can't afford a mortgage and are forced to live in a funky campground with people over whom we have no control.
Interpretation #2: Our overhead is so low that I can afford to work fifteen hours a week and devote the rest of my time to writing, photography and study.
Here is a fact and my mind has entertained both outcomes of this fact.  Interpretation #1 hit me during May of this year when I plunged into a consuming depression.  I felt like such a failure!  A man at my age with no money, no property, few possessions and even fewer so-called "fans" of my artistic work.  After all, EVERYTHING in my life has been about my artistic work.  At sixty six, it's a little late to go back and study accounting.
Depression is no joke: it can kill you.  This one was a dragon, and I was fighting for my life while it was able to breathe fire.  When the smoke cleared I wanted to wrap its ashes in a little package and put it on the dashboard as a reminder that I'm not immune to savage and destructive thoughts.
Interpretation #2 is certainly just as true as #1 and far more comforting.  So, dear audience?  Which door should I open?  Shout it out!  #2! #2!  Okay, okay.  The problem is that the mind is like a feral donkey.  It won't be cajoled; it won't be baited. It won't obey the commands of logic.  It allows the nearest emotion to get on its back and then it goes crazy, it takes its rider (your Self) on a wild, bucking ride across a surreal landscape of irrational urge and desire.  At last it tires and lets you (and your feelings) get off its heaving flanks and regain some composure.  This is the reason that all studies of consciousness, from psychology to esoteric Buddhism, focus on the mind.  The fickle beast of the mind is a problem second only to mortality itself. 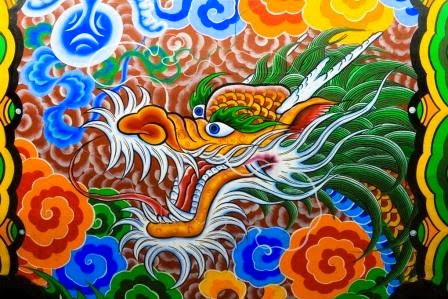 The Future Of Money 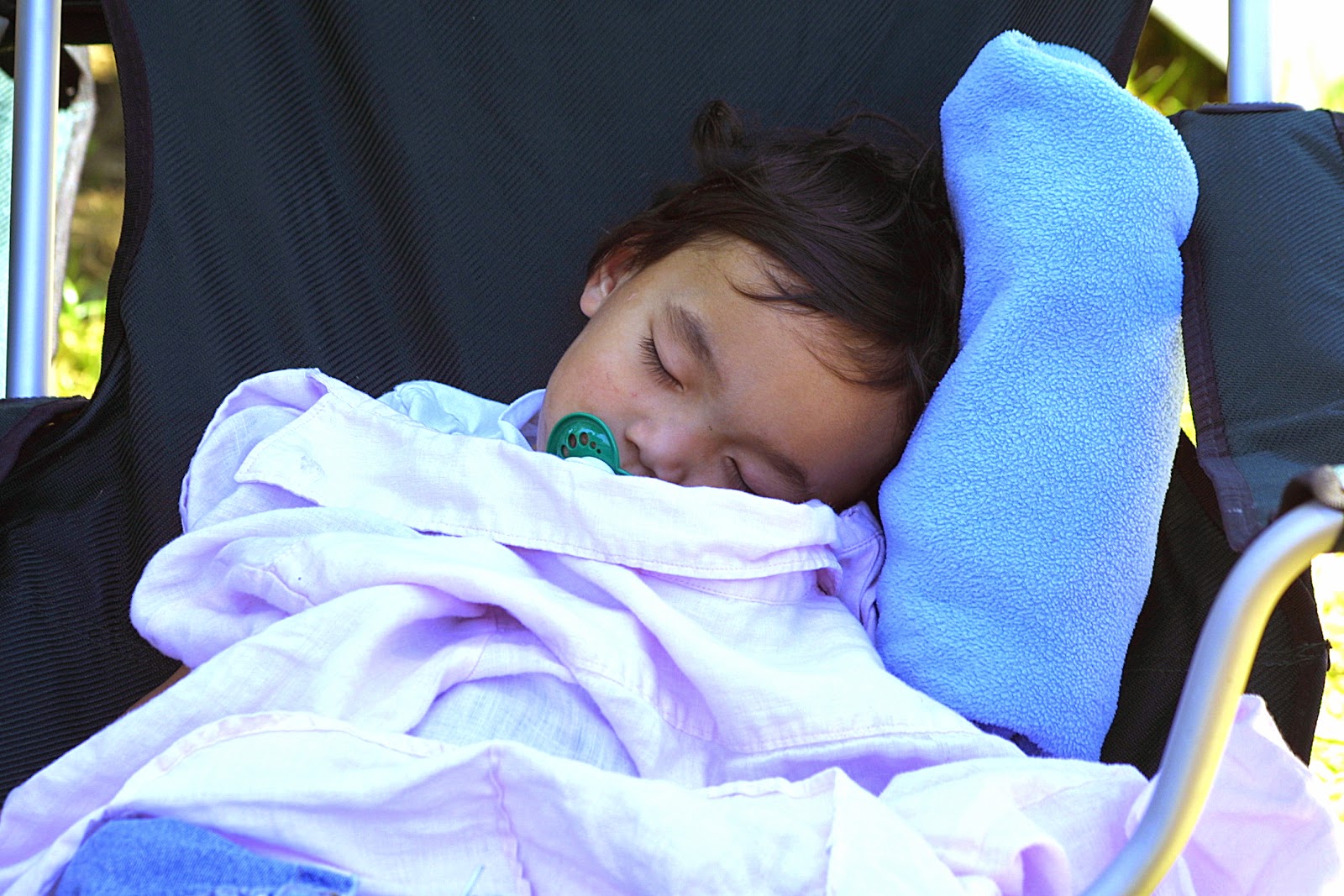