My Blood Is In Every Word 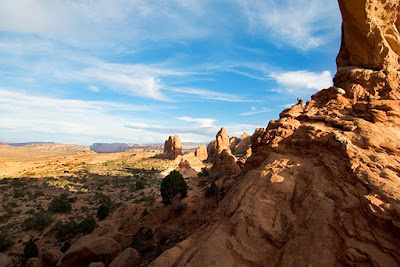 Ten years ago I bought a digital keyboard. I was embarking on a studio venture, making a CD of my songs. I grew up as a drummer but took to the piano as a means of composing material. The day I brought the keyboard home I had injured my hand. As I explored my new instrument I began to bleed on the keys. This is appropriate, I t hought, I'm anointing my instrument with my own blood. It makes a nice metaphor regarding my writing passion. I've been writing since I was fifteen, when I penned my firsst e.e. cummings-style poem to please a girlfriend. I was born to be a writer. Here I am, not a youngster any more, engaged in the ridiculously grim and absurd business of finding an agent for two novels and a travel/adventure non fiction book. "Not right for us", "not quite what we're looking for", "good luck in your writing career", etc. You've heard them all. Will I stop querying? No! Will I stop writing? Of course not. I've gotten more pleasure from the process of writing than almost anything I can think of besides my family relationships.
I love my books as if they are my children. I'm proud of them. I think they're great! I want them to do well. Does it break my heart that they are continually rejected? Of course it does. Music broke my heart, too. My last gig was a killer. After spending weeks in promotion, pinning up posters, getting promises from friends who would ABSOLUTELY be there, I dragged my heavy equipment into the place, set it up, went through the usual stage fright and waited for the audience to appear. I had learned to calculate my audience in negative numbers. I count the people who are there when I arrive. I add the people who show up during the performance. I tally all those who showed up and I subtract the people who walked out, those who were already there eating, drinking, whatever...I also subtract the number of friends who promised to be there but weren't. At this particular gig there were five people already at the bar when I arrived. Not one of my fourteen promised friends showed up. All five people at the bar left as soon as I began playing. BTW, in all modesty I'm a good performer, very entertaining. No one else came. My total audience was
minus nineteen. That was my last musical gig. I came near to tears but managed to
keep them back until I was in my car driving home. Okay, so what? Creating art is
a thankless task. It doesn't matter whether one is great or a mediocrity. The effort and dedication are the same. All of us writers work our tails off. I won't stop, I can't stop and I will never give up. The music ended because I was physically unable to continue without some kind of payoff. It cost money to produce, I was aging and developing a chronic pain in my feet. Carrying a seventy pound keyboard or two hundred pounds of drums had become unsustainable. Writing is a good solitary occupation that requires a different form of stamina. I will be writing until what's left of my mind disintegrates or they put me in my grave clutching the keyboard that they could not take out of my determined fingers.

Best to all writers!