Why Do We Pick On Ourselves? 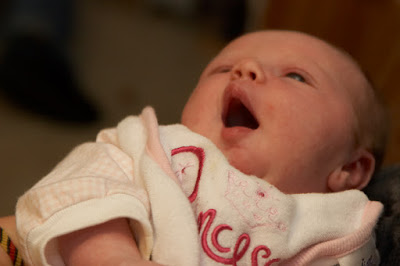 Why Do We Pick On Ourselves?
Copyright Art Rosch
Jan 3, 2010

Americans pick on themselves. We do it constantly, relentlessly, awake, asleep, we pick on ourselves about everything. It’s as if a perfectionist mother –in-law sits inside our heads on a platform at the very center of our thoughts and points here and there, hectoring us with criticisms.


“You could lose a few pounds, you know. You’re getting heavy. What’s wrong with your face? Is that a zit? How could you have a zit at your age? Your pores are kind of large, too. Speaking of age, wow, you’re getting’ over the hill, and it shows, it shows! I see wrinkles at the sides of your mouth and eyes. And that big one in the middle of your forehad, wow. Who could love a mess like you? Who buys your clothes?!! A retarded pygmy? Where did you get those awful shoes? Who does your hair, a baboon? Get another stylist before it’s too late. The damage that’s being done, what a shame. Your hair is thinning out day by day. You’re getting a pot belly, by the way. Ever think of wearing something, a brace, maybe? Your skin’s losing its elasticity, there’s a cream that I can recommend. Your teeth are a little funny. Has anyone ever suggested cosmetic dentistry?”


Pick pick pick, pick pick pick. Am I wrong? Have I overstated the case?
She never stops, this critical demon of the shadows. She is a product of decades of indoctrination.


“I should remind you to get your cholesterol checked. Wouldn’t want you suddenly keeling over. It can happen; any second it can happen, bam! You’re dead! I’ll bet you haven’t provided for your family if something happens. Do you have a good lawyer? My brother in law knows one. Are you seeing a doctor? Have you checked your prostate lately? I hear there’s a new medication for that. There’s a pill for everything these days, just watch Sixty Minutes. I mean the commercials, not the show. There’s a pill that’ll help you stop smoking if you survive the side effects. I love the medications where one of the side effects is “diminished semen”. What does that mean? What kind of pill can have “diminished semen” as a side effect? Isn’t that the scariest thing a man can hear, short of “penis may wither and fall off?” Loss of semen really means having crappy sex, doesn’t it? So why don’t they say, “may have brief weak orgasms due to lack of sperm?”


This yapping harridan, this carping abusive inner voice, how did it get inside our heads? Let’s make it simple. First there’s television. There are a lot of good things about television, it’s not the monolithic purveyor of propaganda it might be in some other countries. Still, it hauls a freight train of psychological toxins every second of every day, no matter if the sound is on, whether or not Tivo has blocked the commercials. It doesn’t matter. The marketers behind television are so sophisticated that we don’t have to turn on the device to be contaminated. In our society, television has become a self-referential culture, the subject of billions of conversations. It has moved into our thoughts and taken residence, permanently.
After TV there’s movies, the internet, magazines, newspapers, radio, you can’t escape marketing anywhere, not even in an airport restroom.


We barely live real lives any more. We talk about fictional characters whose lives are infinitely more exciting than ours and whose dangers are far beyond anything we would ever permit ourselves to face.


It would be interesting to snatch someone from the past and have this person witness our marketing techniques. Show a Viagra or Cialis commercial. What if we brought someone from the Victorian era, from around 1895, and showed him or her commercials for keeping your thing hard, every ten minutes another commercial showing a man of about forty five with a woman of about thirty eight, snuggling together, holding hands, watching the sun set. We would have to explain the nature of this product to the viewer. Without the warning “see a doctor if erection lasts more then four hours” there is nothing to indicate what this product does, what’s it’s for. When we explain it to our time traveler, what will this person think about our culture? How embarrassed would he or she be, how shocked at the impropriety?


Well, sure, they were prudes. Their repression caused them vast inner conflicts, but I would speculate it added an extra thrilling dimension to sex. It seems that when we started discussing our President’s blow jobs on the public airwaves, some line was crossed, some basic decency and sense of proportion was jettisoned off the side of our big ocean liner of a culture. Sex also got a little bit more ordinary, a bit more like costume jewelry.


I digress, I was talking about how we pick on ourselves. It’s stupidly obvious. It’s about getting us to spend money. The entire purpose of marketing is to manipulate our desires. The basic technique is to infect us with feelings of inadequacy. Then we are bombarded with glittering images of things we’re led to believe will make us feel better. If we feel bad enough we’ll go out and buy some ridiculous cream, or pill, or car, or hair weave, or something that makes no sense at all, we’ll just go buy anything, walk into Walmart with our credit cards and shop, as an anesthetic. We’ll be perfect consumers, depressed, dazed automatons piling up debt. Glassy eyed, we walk the aisles of the stores, pace the infinite mallways without destination until we find ourselves back home with bags full of junk. How did all this crap appear in our houses? I don’t remember buying an eighty eight inch Super High Definition TV set with a quadruple-woofer ten speaker sound system with Dolby nine point two noise reduction software.


We’ve been had. We’re nuts. We pick on ourselves because all our role models are distortions that are dissonant with real life. We don’t see authentic people in the movies or on TV. We see heroes who can kill a dozen trained hyenas by throwing wooden chopsticks from fifty feet. We are not encouraged to admire people who aren’t particularly beautiful, rich or talented. We aren’t given strength of character as a yardstick of true heroism. It isn’t enough to be an ordinary person anymore, we have to be some carefully crafted mannequin, with no missing teeth, no bad habits. We’re going to live to a hundred and fifty in perfect health, glowing and radiant, with a beautiful partner by our side. There won’t be any old age, slow decay, debility, nothing like that because the inner witch-voice won’t allow us to relax and be human, be ordinary and obey the laws of nature even when they take our youth and beauty.


Isn’t that the primary mechanism of marketing? To raise dissatisfaction to a level where we’ll do anything to “better” ourselves in the form of consuming whatever’s consumable to get a buzz for a few minutes or hours?


Pick pick pick, we’ve learned to pick on ourselves without mercy. Go ahead, take a look at yourself in the mirror! Do you like what you see? Have you been taught to accept yourself with all your flawed genes and pathological behaviors?

Can you accept and love yourself as the unique creation that you are?
Of course not. There’s no money in love.