I am A Pre-existing Condition 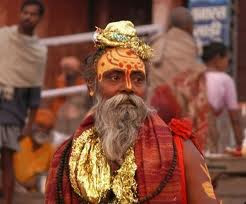 I'm over sixty, therefore I AM a pre-existing condition.  That's why I'm afraid to get off Kaiser and take my chances with Trapdoor Insurance Company.  I'm not quite old enough to qualify for Medicare and by the time I reach that age, so I'm told, there will be no Medicare.  What am I supposed to do?  The premium on Kaiser eats up half my income.  Half!  What kind of country is this?
I have no talent for drawing or painting, but if I did I would make a comic strip showing a man dressed like Evel Knievel.  He's carrying his head under his arm.   The head's eyes are open and apparently conscious.  There are still a few attached nerves, vessels and tendons, going up over his shoulder and down into his body.
The nurse behind the Emergency Room intake counter is saying, "We're sorry, sir, but there's an eighty percent co-pay on accidental decapitations.  That will be, let's see here....four hundred thousand one hundred eighty seven dollars, without the sutures.  If you want sutures, we have several different models, there's self administered bovine sinew, self administered cotton/silk, intern administered micro-fiber dissolving, resident administered dissolving, all of these options begin at two thousand dollars and increase accordingly.  To have sutures administered by a fully qualified surgeon will be..oh let's see....seventy thousand and change.  You get the top of the line dissolving sutures.  Oh..and I haven't mentioned pain control, have I?"
The next panel shows the almost-headless man holding out a wallet that is empty of cash or cards.
In the next panel the nurse says, "I'm terribly sorry, sir," and pulls a giant lever. A trap door opens, whooshing headless motorcycle man down into a deep pit.  On the way down, the chute branches off into various tunnels.  One is labeled 10 percent co-pay, the next is labeled Mysterious Insurance Babble, another is labeled Confusion Gulch.  All these chutes meet in the center of what appears to be a giant donut.  There's a small brass plaque on the underside of the donut upon which is engraved, "Passed by United States Congress at 3:00 A.M., March 11, 2010."
There are thousands of sick and injured citizens clinging to the sides of the donut, desperately attempting to avoid being sucked down the hole.  Our severely injured motorcyclist has only one arm with which to hold to the donut's surface.  The other arm is keeping his head from detaching from his body.  He doesn't last long.  He slides off the glazed surface of the donut, leaving fingernail tracks as he screams his last desperate cry: I thought I had insurance!!
at July 12, 2011