Writing a Villain Energizes Your Story 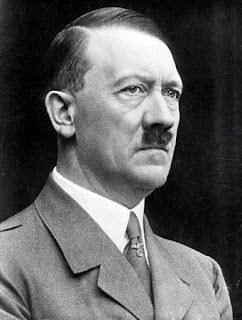 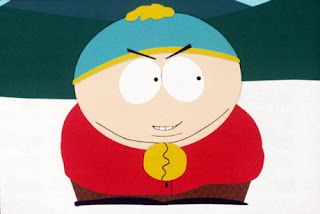 Nothing infuses energy into a story like a powerful and grotesque villain.  If you ardently hate a villain in a book you're reading or a story you're viewing then you're hooked!  You've invested emotion in the battle between good and evil, you're waiting for justice to be served.
These wicked characters must get under your skin.  They have to arouse a visceral sense of repulsion and fear, the way spiders and snakes evoke primitive terror, the way decaying fecal ooze repels the senses.  Villains are difficult to write because we instinctively recoil from the dark sides of life and the more grotesque aspects of our selves.   That dark side, that shadow, is the only place from which a truly compelling villain can emerge.  We can't  tear off evil like a number at the grocery meat counter.
"Number Twenty Two!"
"Here I am.  Let's see.  What have you got that's horrible and scary?"
A good example of a well written villain came in the film CYRUS.  The cast consisted of John C. Reilly, Marissa Tomei, Katherine Keener and Jonah Hill.
The emotional engine of the story comes from the dark portrayal of Cyrus by Jonah Hill.  Cyrus is twenty two years old.   He  lives with his mother, played by Marissa Tomei.  Their relationship is what the shrinks call "enmeshed".  Mother/child/husband/wife/lover and beloved, all have become confused.  Cyrus wants to be with his mother forever.  She's his best friend, his only friend and he expands his presence to fill her life nearly to the exclusion of other men.
Nearly.
John C. Reilly, playing a decent shlub  named John, meets Molly (Tomei) at a party.  In the usual sequence of events, John starts dating Molly and soon enough  comes to her house, where he meets Cyrus.
Like many evil characters, Cyrus is a charmer.  He exudes a disarming "honesty", he's well schooled in modern therapy-talk.
Let us pause and consider this concept, Evil.  What is it?
I've parsed my own definition of evil to a simple formula: Evil is the inflicting of pain to avoid pain. This inflicting is often done in the name of Good, i.e. Hitler was saving Germany and the Aryan race from humiliation and contamination.  I exclude those beings who enjoy causing pain because it's their nature.  Such creatures exist but not for the purpose of this essay.
Cyrus is going to destroy the relationship between John and Molly.  He's a smart, tubby man-child who can easily read John's psychological roadmap.  This gives him power.  He also gets power from his mother's uncritical support of his efforts. 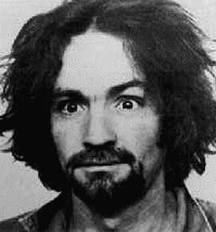 Evil characters have malice and they have power.  Many of them are concealed behind a facade of charm or apparently benign goodwill.
Evil people are trying to wriggle out from under a burden of pain by forcing others to experience pain.  What is the pain that Cyrus wishes to avoid?  He doesn't seem to have any friends.  He isn't engaged with a community of his peers.  He creates techno music on a bank of keyboards and electronics.  The music quickly devolves into sterile monotony.   Cyrus is a twenty two year old loser,  a lonely fat kid.  That's pain enough.  If we follow the formula that evil is pain inflicted on others to mute the suffering of the self, we find Cyrus' motivation.  He will obstruct any of Molly's efforts to be happy.  If she's happy, she will elude his possession.  She might become attached to another man.
John quickly understands the game that is being played.  It's impossible to carry this information to Molly.  She won't believe him.  Cyrus is too clever.  Cyrus quietly stands behind Molly in a hallway as she talks with John about their burgeoning relationship.  Cyrus faces John while showing cardboard signs over the back of his mother's head.  Cyrus has printed phrases of malice and contempt.  "You don't have a chance."  "I'll get you."   "You're out of your league."
This is the moment in the film where I truly grew to hate Cyrus and to fear for John.  This is where the bad guy engaged my emotional investment in the film's outcome.  Cyrus' mask slips and he shows a chilling blankness, as if John is simply beneath consideration.  John may be a shlub but he's a decent shlub and he steps up, steps up to the dragon, willing to fight for Molly.  That's the narrative counterpoint to hating the villain.  It offers an opportunity for the hero to draw upon courage he doesn't know he has.  Hate the villain, love the hero. It all sounds so simple, doesn't it?
Unless we're writing comic books or cartoons, it's not so simple.  Each of us is a composite personality.  Our inner child is really a little car filled with squabbling midgets.  The steering wheel passes from hand to hand, the brakes are fought over, the car veers crazily.
A villain takes advantage of the muddle of human nature by having a clear point of focus.  A fixation, an obsession, a purpose.  This purpose empowers the villain at the expense of ordinary people.  Bad guys know who they are and why they act.  In many narratives the hero struggles with doubt and obscurity of motivation.  His struggle isn't just with the villain;  it's with his own confusion.  When he sees clearly, when he knows what he wants, he obtains the weapons he needs.
All through this essay I've been thinking of two characters: Adolph Hitler and South Park cartoon nasty Eric Cartman.  Hitler annihilated millions; Cartman is a fictional character in a television show.  Yet they have attributes in common.
My emotions regarding Hitler are an historical abstraction.  He's become a universal symbol of evil.  Cartman, on the other hand, keeps my guts in an uproar.   I HATE the fucker, I loathe him!  It's a very personal engagement.
The lessons of Cartman are numerous.  All of his actions are manipulations.  He is completely without sincerity.  He's a bigot.   There is no minority group who escapes his ire. When he's told that white people have become a minority group, he simply doesn't hear the message.  This may be Cartman's greatest signifier: his inability to hear anything with which he disagrees.  Intellectual and moral deafness is a widespread symptom of evil.  Cartman, and villains in general, like to blame other people for their own emotional discomfort.  This profound moral choice, to blame others,  is a basic step into the world of evil.  When writing a villainous character, it's useful to give him someone to blame. Give him a scapegoat.
A villain can't be frightful without power.  It may be supernatural power, political power, military power, physical power, but a villain cannot elicit fear, revulsion and anger without significant power.  It's the abuse of power that sparks the reader's anger.  Most of us see power as a privilege that entails responsibility.
We get angry when power is used for gratification of the ego and the appetites.
Cartman's power comes from several sources.  He's clever, inventive, without moral scruple and completely selfish.  His mother gives him everything he wants because it's easier that way.  Cartman is a fatherless boy.  His mother always takes the lazy way out; she gives in to her son's demands.  If I take South Park as a microcosm, a model for the larger society in which we live, Cartman's mother represents economic power.  She makes him rich in comparison to the other kids.  He has all the latest toys, the best video games and a total lack of supervision.
To further amplify Cartman's power he has a follower: Butters.  This sweet but witless innocent will go along with any outrageous scheme Cartman dreams up. Cartman generates momentum.  While Stan, Kyle or Kenny may have qualms about Cartman's ideas, Butters is always there to support him.  The plan, the idea, the scheme always seems to run away with itself before it can be thought through.  Its consequences are never anticipated.  The only brakes on Cartman's destructive power are the other boys' common sense and lack of malice.  In the end, Cartman always brings himself to destruction, but he will never admit defeat.  In some people this is an admirable trait.  In Cartman, it's merely irritating.
In Hitler it cost millions of lives.  If Cartman were a real adult person he would be a frightful monster.  Think what Hitler and Cartman have in common.  Scapegoats.  Blame.  Moral and intellectual deafness.  Unwillingness to take responsibility for errors in judgment.  A will that generates great momentum,  and attracts followers who are willing to obey without question. 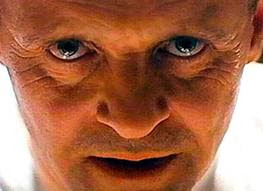 In the episode called "Breast Cancer Show Ever" Cartman takes a schoolyard beating by a mere girl, by Wendy Testaburger.  She played the righteous avenger when Cartman mocked breast cancer and persisted in telling hurtful jokes on the subject of breasts.  When she established the time for the duel, when Cartman realized that Wendy was serious, he tried to buy her off.  She would have none of it.  In spite of the fact that Cartman was pounded to a bloody mess, he twisted events in his mind so that he won the fight, that he was still "Cool", or "Kewl" in the eyes of his compatriots.  Kyle and Stan told Cartman "You suck, you've always sucked.  We hate you."  Cartman can't hear these declarations.  He is still Kewl.
This amazing deafness made me want to jump through the screen and pound the fat twerp to a pulp.  My emotions were completely engaged.  When a writer can raise the emotional stakes to such a pitch, that writer has succeeded in creating a compelling villain.
I have used a silly villain in a silly cartoon show to highlight the power of a villain to propel a good story.  Ignore Cartman at your own risk.  He's a first class little asshole.
People ignored and dismissed Hitler as a buffoon.  We know what happened to those people.  Monstrous villains  have arisen throughout history.  We are writers;  we deal in fiction.  The  most frightening villains in fiction draw resonance from history's tyrants.  Lazy writers may imitate these tyrants in their narratives.  Good writers draw villains out through themselves, knowing that each of us is capable of monstrosity.