A Writer Has A Lover's Quarrel With The Internet 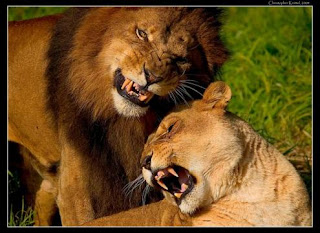 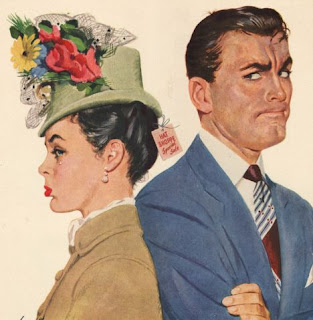 Internet and I were at a Starbucks and it was one of those weekdays at two o'clock when the place was quiet.  People were softly chatting at a couple of tables.  One young man, about seventeen or eighteen, typed quietly on his laptop.              Internet was in my Toshiba Satellite, and I pulled her closer so we could converse through the camera and speakers.
"We need to talk," I said.
"Those dreadful words, 'We need to talk'", mocked Internet.  "But it's true.  Things have been changing between us."
Internet put a face on the screen.  It was one of those video game Lara Croft type faces.  I knew she was teasing me, but it revealed her anxiety.
"Cut it out," I said.  "Use your real face...the one we agreed on."
Internet changed to a convincing human visage.  She had red-brown hair and freckles and looked like a student at Cambridge or Oxford.  I've always been a sucker for smart English girls.  Internet was still teasing, though.  She was wearing round Harry Potter glasses.  She was trying to be funny, but they looked good on her and she didn't know it.
We both started speaking at precisely the same moment.
"Well...I, uh..."
"You go first," Internet said, in her upper crust English accent.
"We've been together a long time," I said.  "Ever since my first Mac Notebook."
Internet appeared to shudder and for a moment there was a screen with little green battleships scooting back and forth.  Then she regained her "face".
"It's me," she said.  "Not you.  I'm the one who's changed."
"We've both changed, and it's good, it's great...," I said, "but something has gone away, something has been lost."

"What?  What?  There's nothing lost.  My god!  Look what I can do now, look at the size of the files you can upload into me.  And, ....well...I can download into you..."  Her shoulders wiggled with a sensual shimmy.  "I love it!"
"That part of our relationship has been better than ever," I said.  "Our...uh...connection speed has been fabulous.  It's uh...uh..."
"What?  It's what?" She was getting impatient.
"This is hard to say," I waffled.
"Just come out with it!"
"Okay, okay.  I think you've become all about money."
"Oh bullshit!" Internet's face turned a shade more red.  Her complexion was already rosy, but I knew I had hit a nerve.  "I make money, you make money, everybody makes money on the internet.  What are you complaining about!  Come on, tell me the truth."
"All right, all right.  It's kind of hard to explain....but I'm always confused now.  I don't know what the heck you're doing and it makes me feel...well...suspicious."
"I have to change with the times," Internet said.  "You know that, everyone knows that."
"It's true, but I feel like I'm walking through some of those sticky cobwebs that you keep brushing your head to get the stuff off but it never comes off.  I  don't know what's happening any more."
My hand trembled as I drank a swig of lukewarm cappuccino.  It was all closing in on me; I felt confused and embarrassed.  There was a silence.  Internet looked guilty.
I don't know why I blurted out the next words.  I had promised myself not to act jealous.
"It's Google, isn't it?"
Internet looked even more guilty.  "What do you mean, 'It's Google'?
My mind was beginning to clear.  The cobwebby feeling started falling away from me.  "You've sold out to Google.  Everything is owned and run by Google.  There aren't websites any more.  There are web colonies that are being run by web empires.  Everything I post shows up on a hundred other websites.  I can't scratch my nuts without a link appearing on Facebook, Rotten Tomatoes or Twitter: Art Rosch just scratched his nuts.  Do you want to be his Friend?"
Internet's face dissolved into chaos, then put itself back together.  Maybe the connection went down.  Maybe Internet was laughing.  There was a shadowy figure of Winston Churchill on Internet's forehead.  Down by her chin was the monster from "Alien" but it was quickly disappearing.  .
"Okay, I have to come clean, get this stuff off my chest," she said.  "I've been bought up by a handful of corporations.  Tell you the truth, I don't know what's going on, I don't have a clue.  I'm getting new software thrown at me so fast, I can't handle it."  A tear slid down her cheek.  "I'm crashing all the time!" 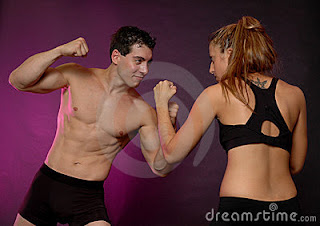 I barely heard her.  I was reflecting on the experiences of the last few weeks.
"Tell me about it," I said, at last.  "It seems like every day I'm asked to join another social network.  What the hell is Pinterp?  Or Floosbock?  Like an idiot, I join them and the software is a complete mystery.  All I want to do is write books and promote them.  But everyone's got a book!  My inbox is ninety percent book promos.  What do I have to write to get people's attention?  Seems like it's all
Harlequin Romance Vampire Private Detectives With Occult Powers.  Good God!
There are fifty million writers trying to sell their first novel.  If you can't get an agent, that's okay, E-Publish your book and let Amazon sell it!  And that works out great, you sell maybe ten copies and the book sinks into the abyss of forgotten novels."
"Calm down," Internet said.  "Things will work out.  We'll get through this glitch. I'll help you promote your books."
Her eyes were cast down and then she looked up at me with her head still lowered.  It was a very cute look, very seductive.
"You got anything to upload?  A nice, big, fat file?  Got a new manuscript?
I'd like that."
It had its effect on me, I'll admit.  I was tempted.
"I've got a new draft of a novel," I said, with a straight face.  It's called 'FANGS OF AN EROTIC VAMPIRE WEREWOLF: A LOVE STORY.
Internet gave me a salacious grin.  "Ooh," she said, "that sounds juicy.  What fun!"
I kept quiet.  At last I saw Internet's expression change.
"Dammit," she said, "I almost fell for that!  Come on, what do you really have?"
"I have the second draft of my sci fi/ fantasy novel, THE GODS OF THE GIFT."  bit.ly/n8ynWp
"That's more like it.  That's 'you'.  Has it changed a lot since the first draft?"
"Completely different book," I said.  "I'm really proud of it."
Internet stuck out her tongue. "Come on, mister, what are you waiting for?"
I opened a second screen in the upper corner of my monitor.  I found my page for THE GODS OF THE GIFT, hit the EDIT button and deleted the earlier draft.
"Here I come, baby," I said.  "I hope you're ready for this."
"From you, anything," Internet replied.  "You're a fine writer.  You're an original."
I moused over to the UPLOAD button and clicked.  My new draft was a blue bar that crossed a rectangular box.  Percentage figures rode along the bottom.  It took about a minute.  Internet's face was rapt.  Her mouth was half open and her eyes glistened. The blue bar reached the end of the box and the new draft appeared on the screen.
"OH!" Internet sighed.  "OH! OH! You're right.  This is a much better book.  I know it's awful to be a writer. It even more awful to be really great and still get ignored.  I know it breaks your heart."
I didn't say anything.  I thought about all the work, all the years I spent working on the craft of writing.  "Yes," I said at last.  "It breaks my heart."
Internet was recovering her composure.  She had read the new draft and I knew she was proud of me.
"Don't ever give up writing," she said. "Never.  You MUST keep writing.  This is amazing stuff.  There is nothing else like it."
I opened the page on my book blog and filled my monitor screen with the cover.  I looked at my design.  I looked at the starry cosmos and the elongated objects that resembled fiery colliding worlds.  It was a work in progress but it wasn't kitsch, it was faithful to the spirit of the book.  It was a really cool book cover.
"Don't worry, babe.  I can't quit writing.  I'm not capable of quitting writing, no matter how much it breaks my heart.  To paraphrase an old motto," I said, 'You'll have to pry my keyboard from my cold dead fingers.'"
"That's my man," Internet said. "I know I'll go on changing, but great art is timeless.  I'll be loyal to you, I promise."
I couldn't quite make myself trust the promise.  It made me sad.  But it left room for hope. 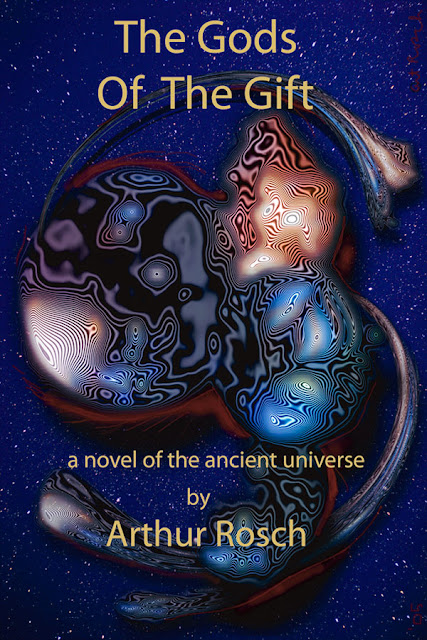