The Patience Stone: a film review 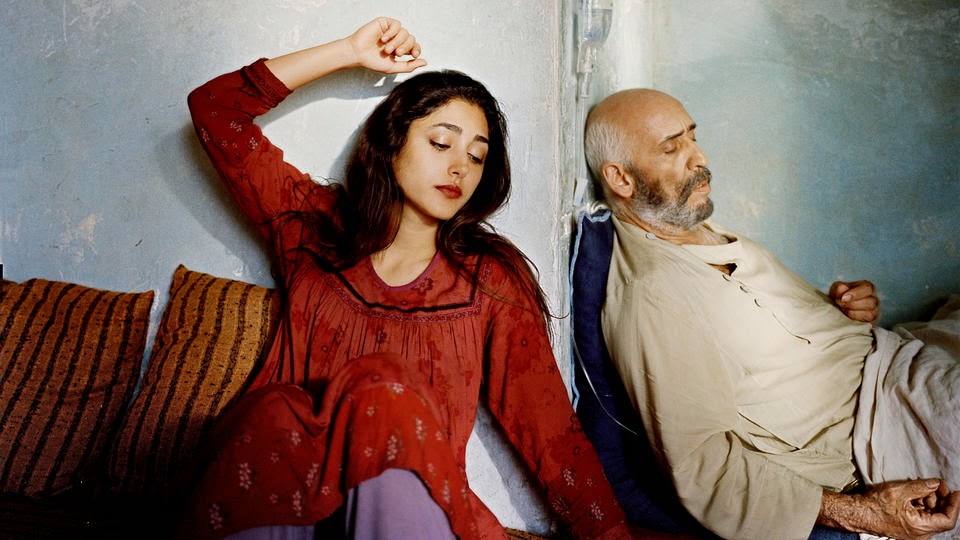 You may view this film with an almost salacious glee if you have been in an abusive marriage where your thoughts and your voice were throttled by fear.
THE PATIENCE STONE will be your cinematic wet dream.
The setting for the action is a nameless city in a nameless land.  There is a civil war between various militias.  Crazed men armed with assault rifles and rocket launchers careen through the blasted city in pickup trucks.  At night the tracers whizz and ricochet.
The character called The Woman lives in a ruin of a house with her wounded, paralyzed husband.  She has sent her two children to her aunt's house.  Her husband can't talk, he can't even blink, but he is alive. The "doctors" say that the he might recover in two weeks, but the bullet hole in his neck isn't healing.  All The Woman can do is refill his IV drip, keep him hydrated, wash him and talk to him.  The Woman realizes, while talking, that she can say anything she wants.  She can speak the unspeakable.  She can speak truth.  She can tell her husband what an asshole he's been, treating her like dirt.  "The night we were married you were on me like an animal.  Then you were finished, just like that."  She mocks him, and by extension the males who share his culture.  They're all premature ejaculators.  "You've been excited so long you can't even get it out of your pants."
Her husband becomes her Patience Stone, a legendary object into which you can pour all your pain.  When the stone has taken all of your suffering it falls to pieces and you are at last free of everything that has afflicted your spirit.  The Woman protects her husband, hides him from enemy militia fighters and builds a place of concealment in a closet.  Every time she leaves the house she says "Go to Hell!" or "Fuck You!"  If she had said these things in the old days her husband would have killed her instantly, without legal consequences. 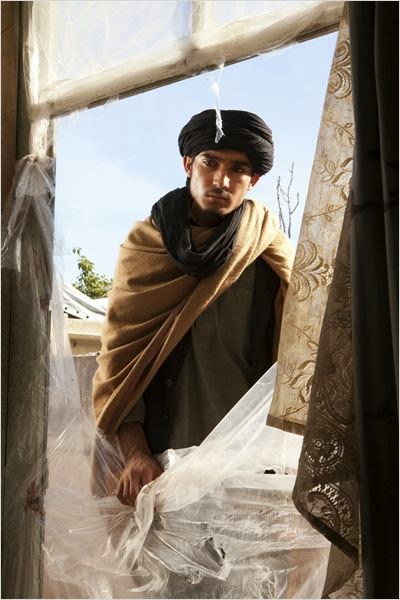 As she drains her contempt and hostility into her personal Patience Stone a militia commander breaks into her house, searching for his enemies.  He is accompanied by a young soldier with a pronounced stutter. The Husband is hidden.  The commander is thinking about rape until The Woman tells him
she's a prostitute.  He thinks about killing her on the spot but he's busy with war.  He leaves after spitting on The Woman.
Later the young man with the stutter returns and offers The Woman money for sex.  He can't be put off, his excitement is too great.  He topples on her prone body and ejaculates before he can get his pants off.  The Woman is upset but she's also amused.  There's something touching about this handsome orphan who can barely speak.  "Was this your first time?" she asks.  He nods.
The Woman continues her one sided conversation with her staring husband.  Her pain, her rage, her bitterness come pouring forth.  "Fuck you," she tells him each time she leaves to fetch supplies.  "Go to Hell!"
At this point I can say no more lest I enter spoiler territory.  This film is a profound indictment of patriarchal cultures everywhere.  I was privileged to see THE PATIENCE STONE with a friend who had suffered under such a system.  I could feel the release of her breath whenever The Woman said something that my friend would have said if she had been able to voice her feelings.
The actress playing The Woman, Golshifteh Farahani, should walk on roads paved with Oscars.  But whether or not her performance is recognized is beside the point.  This is a great film, that, for all its message content, avoids the puerile and tendentious.  It doesn't preach and it never bores.  It is a suspense tale.  Will The Husband return to consciousness?  Does he hear his wife?  Will he kill her before she kills him?
As The Woman's aunt says, "Those who don't know how to make love make war."
A full five muskrats for this film, THE PATIENCE STONE.
Don't wait patiently.  Get it now!