When Did Artists Drop To The Bottom Rung Of The Social Order? 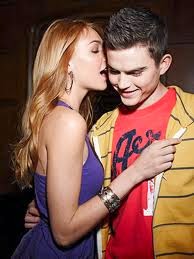 When I'm at a social gathering, talking to an attractive young lady, I am better prepared conversationally than I was in my naive younger years.  Such encounters depend upon time-honored gambits: you exchange names, express musical preferences, and soon it's time for the inevitable question: so, what do you do?
To think; To THINK! that once upon a time I would blithely answer with some honesty.  Oh, I said smoothly, I'm a writer.
I might as well have said "I carry herpes samples in petri dishes to labs where they test for new medicines in the ongoing struggle against the Herpes Simplex virus and, yes, I have been exposed, it's an occupational hazard."
I'm a writer, I used to say, thinking that was the cool thing.  I kept my other vocation in reserve.  I was already embarrassed about being a musician and seldom confessed that I was one of THOSE.  My tattoos had been removed and I never..ever..wore any kind of hat but if we trace further back into the days of my youth we would find that time, yes...THAT time...when I would tell a girl I was chatting up at a party that I am a musician.  Well, I play drums among other instruments, uhhuh uhhuh..a little keyboard, and I do some songwriting.
It is testament to my burgeoning maturity that I am no longer such a moron as to tell the truth in early- stage flirting conversation.  A writer!  What was I thinking?  Does anything sound more like simpering self-delusion?  Should I reveal that I sit around for most of the day tapping at a keyboard and sending query emails into that immense yet oh so tiny void that existed before the Big Bang, that place where nothing exists, not even intention and certainly not rejection slips of digital brevity?  I make less money than a janitor.  In fact, janitor is my day job, the one I can't quit lest I starve.  I will be asked politely what I have written and I must respond either cutely or sorrowfully.  I haven't published anything important, no best sellers I'm afraid.  Or I'm the guy that wrote ECHOES OF BOILING LOBSTER SCREAMS or YOUR TITS ALMOST SHOW COMPLETELY BUT YOU ALREADY KNOW THAT.  Or I'm the guy who's gotten filthy rich on the Young Adult wizard series YOUR MOUTH IS OPEN YOUR MOUTH IS OPEN YOUR MOUTH IS ALWAYS OPEN.  When I get around to writing the last of the series, YOUR MOUTH IS FINALLY CLOSED AND NOW WE KNOW WHY BECAUSE ITS REALLY AN UGLY THIN-LIPPED LITTLE MOUTH I will sweep my winnings into a tidy pile and depart for casinos run by The Sultan Of Brunei.  When I've lost all my money I will open a little business sharpening vampires' teeth.  I took that six month course at the online University Of East Oakland,"Sharpening Vampire Teeth: a growing lucrative field of dental specialization."
I have two questions.  Did the calling of Artist take a precipitous drop in prestige or has it always been this way and perceptive artists are only now realizing that the world could give a shit if they're artists (THE WORLD DOESN'T CARE)?!!  I think it's a little of both but when I was last indeed put on the spot for "what do I do?" I experienced icy fingers of apathy creeping along the paths of my nerves and it hit me forcefully: artists are at the bottom of the pecking order artists are laughable poseurs artists are as honored as public masturbators.  I'm talking about REAL artists with real talent, those with soul-crushing passion and experience of the lethal dangers of the psyche. They don't count they never have counted. If there has ever been a time when they counted less it's right now.  Creative people no longer have even the shelter of those little camps they set up for creative people, camps called Mental Hospitals::::there are no more mental hospitals there's no place you can go if you're creative or even if you think you're creative.
Things are really bad for a society when this happens.  It's like when they decide to kick out all the Jews.  An empire suddenly takes a nose dive when it kicks out its Jews. It happens every time. Jews are like that healthy intestinal bacteria, Jews are the Acidophilus of a society and when the Jews go so does the digestion. The Spanish Armada was drowned shortly after Spain expelled the Jews.  Without Jews there sets in intellectual and moral diarrhea..HEY!  I'M A JEW. I CAN SAY THIS!
Yow.  I got carried away there.  I'm just so upset.  I don't tell people I'm a writer any more.   I hide my creativity.  That's really scary, when I'm embarrassed to be like one of those people who are psychic but don't admit it because they don't want to be seen as some kind of nut.  I'm not a nut5 bllleeeeh bllleeeehhhh I'm not I'm not I see dead people.  Okay, I'm an artist, I've said it.  I'm the guy at the health club who makes the wrong adjustment and gets thrown backwards off the treadmill, thrown sprawling on top of a weight bench that is currently occupied by a red haired red bearded three  hundred pound Judo instructor. I'm that guy.  Yeah, I'm that guy. 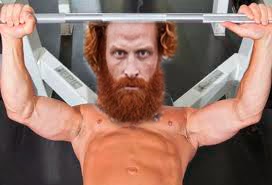 Email ThisBlogThis!Share to TwitterShare to FacebookShare to Pinterest
Labels: artists, flirting, social status, the decline of The West