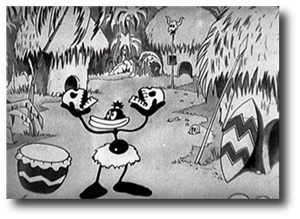 "Your content will resume in 30 seconds....".
Over on the sidebar of my G-mail, there's a squib for an internet video.  It's called "Chef Says He Marinated Wife's Body Slowly". Before I can watch this delightful cooking tutorial, I get this pre-video advertisement.
This is a new feature in our lives, this pre-content advertisement. Everything I want to see or hear on YouTube, Vimeo, etc, comes spring-loaded with a product placement.  Frequently there is the courtesy of an opt-out click: I can skip it and go right to the video.  Nowadays, however, the "skip this ad" box is increasingly missing, and there's no choice but to wait through thirty seconds of being treated like an infant as the commercial for (chose at least one)Food, Cars, Vodka or Phones, throws its hook into the waters of your psyche.
I want to see how ubiquitous this practice  has become.  I continue waiting for the cannibal chef video.
"Your content will resume in 30 seconds."  First I have to watch a commercial from a product called Nautica, and I'm not quite sure what it is: A TV show, a body spray for men or a pitch for ocean resorts.  After thirty seconds of slick pitch I still don't know what the products is and I'm content NOT to know.
THEN I get the details of the chef/murderer/cannibal. I close the page after about eight seconds.
There are commercials at gas pumps and commercials on screens at urinals in public buildings.  Some day I'll buy a pair of pants and when I put my hands in their pockets a little hologram will appear at chest height saying, "The contents of your pockets will be available in thirty seconds."
Monetizing.  I can monetize my web sites, have little ads
in the margins and get paid for every hit on my site.  Make some serious coin, oh yeah.
I don't even know if this is a problem.  I've been watching commercials since I was a kid.  Our entertainment is funded this way.  It becomes a problem when our INFORMATION becomes funded this way because the funders get to decide what information we can access.
There was a broadcast yesterday on Fox News, live, of a man blowing his brains out after a car chase.  "Get it off!  Get it off!," the shocked announcer barked, a second after the running man had pointed the pistol at his head and produced a vapor of blood and brain as he died in front of the cameras.  Any fool watching the live action could see what was about to happen.  The guy pulled a gun from his clothing.  He was in a desperate condition. 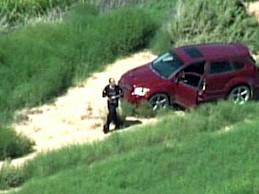 Your content will resume in 30 seconds.  Deodorant soap, aaaaah!  Cut to car chase, suicide, or cannibal chef who has re-visioned the term "eating out", or....any goddam grotesque thing in the world.   30 seconds.  Buy this new cell phone.  It replaces the one you bought last week that is now hopelessly out of date.  Siamese twins challenge courts for right to marry one another. 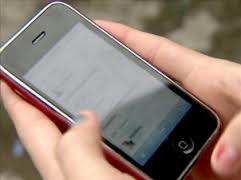 This is our world.
You want it? A fixer-upper, slightly used.
Your content will resume in 30 seconds.....but first the commercial: Planet Earth, a paradise in the Milky Way, comfortably nestled in the suburbs, not a black hole in the neighborhood.  Serene, bucolic. The Vacation Worth Having.
The natives are peaceful and friendly.....
Your content will resume in thirty seconds.
at September 30, 2012