The Mutation of Language or Mad Monkey Mangling 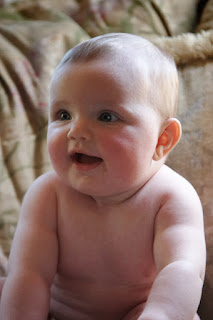 May 28 2010
It all begins and ends with the vernacular word “nukular”.
I am, I freely admit, a linguistic bigot.  If I hear the word “nukular” emerge from someone’s mouth I immediately assume that this person is an ignorant rube, a redneck, a born again fully saved right wing ignoramus who eats Jimmy Dean sausages for breakfast, lunch and dinner  I don’t know how “nukular” got started but it must have been in some classroom where an unqualified teacher was too lazy to correct his or her students.  From that vernacular “point zero” the usage went viral by word of mouth and spread its load of Bubba toxins to begin poisoning the language.
Following the un-word“nukular” comes a whole doomed Titanic full of un-words with tacked on extra syllables.  Today I encountered the putative word “irregardless”.  Why?  Wasn’t it easy enough to say “regardless”?  Or would that imply the speaker might be afflicted with impotency?  There are C-Y’s flying around like clouds of mosquitoes.  Pretty soon the word “tolerance” will morph into “tolerancy” and then our whole language of Englishity will topple from its preeminence as the lingua mundus, the universal language of the planet.  It will be replaced by Mandarin Chinese.  The West will be really fucked because most of us have tin ears and can’t distinguish the subtle tonal elisions of spoken Mandarin.  For the sake of efficiency the written language will be phonetically rendered in Roman script.  Henceforth, when Chinese is used in worldwide commerce, those who are fluent in its use will regard Anglophones as retrograde rubes with a reputation for recalcitrant nostalgia and revised memories of a time when they were a mighty cultural force in the world.
Many years ago I was driving around with a bunch of my high school buddies in a luxurious car owned by a boy named Mark Malzberg.  He was the richest and stupidest kid in the school  We drove first to Hamburger Heaven, but no one was there.  We drove to Steak n’ Shake, but it was also a boring wasteland.  We tried White Castle.  We tried everything we knew in our pathetic repertoire of sixteen-year-old social watering holes.  After an hour or so of pointless meandering, I said to him, “Mark, we’re really getting nowhere fast.”
Without missing a beat and in all seriousness, he looked over at me and said,  “Yes we are!”
He had disagreed with me with unintentional brilliance worthy of Yogi Berra.  I never forgot that beautiful error.
Later, during my two weeks in college, I dated a girl who was nearly finished earning her degree in medicine.  She was flush with idealism about serving the world and had set her sights on working in Lebanon during its umpteenth civil war.
We were in the parking lot of a fast food place, relaxing with burger and fries.  The car was hers.  I got around on a Schwinn Varsity that weighed seventy pounds.  The bike rack for my English Lit class was reached after a climb of forty-two steps.  Most of my other classes were in equally huge buildings with equally remote bike racks.  This could be one explanation as to why my college career lasted two weeks.
Anyway, back to the medical student. With great sincerity she said, “I think I could do good work with the Lebanonians.  I’m looking right now for a course in the language, so I can speak fluent Lebanonian by the time I finish my residency.”
She had just eaten a slice of raw onion that had come with the cheeseburger.  I had been contemplating a tender kiss.  The onion was no deterrent.
Then she called the Lebanese “Lebanonians”.
My desire for kissy kiss evaporated.  The taste of this incredible faux pas on the lips of an almost-physician was far more of a turn-off than any piece of onion.  I would never date a woman who calls the Lebanese “Lebanonions.”
I was then seized with the desire to test her further.
“I understand that Saudi Arabia needs good doctors,” I said innocently.  “There’s a famine in Syria and the Arabs are being flooded with starving refugees.”
“I don’t think so.” She replied with a frown.  “I’ve heard that Arabonion is a terribly difficult language, with a funny alphabet thrown in.”
I couldn’t resist.  “How about Israel?  The Hebronions can use doctors.”

“Are you kidding me?” she protested.  “The place is loaded with Jewish doctors!  I don’t know why they all go there, but they do, oh believe me, they do.”
This budding romance was now wilted.
Returning to the almost-present, we have, as a nation, just survived the presidency of a man who can say, “I wouldn’t misunderestimate those people,” and a thousand other toothy Bubba-isms.  Who needs to speak decent English?  The teachers don’t understand the difference between irrelevance and irrelevancy.  Any kid can grow up to be President whether or not he or she speaks like a moron.
What would happen if it went the other way?  If people started chopping off extra syllables and started excavating the words as if syllables were valuable ore?  Irrelevance would become Irrelev.  Regardless would become gardless.  Nukular would become Nukew.  It would sound like we were speaking Esperanto or Klingon.  The use of texting devices will accelerate this word surgery until we are speaking in abbreviations.  I’ve already heard it.  I use it myself, though I only use it to speak to my cat, to whom I will say “STFU” when she whines and manipulates me for a treat to which she is apparently addicted. This means “Shut The Fuck Up!”  Being a gentleman, I merely growl “STFU” at the cat and then get the bag of treats from the pantry.
I must take a moment to exclude from my rant all the f-zantastic slang that has arisen to fertilize our language.  The source of this River Nile of Slang has generally been African American culture .
It occasionally grates on my nerves when I see an Eminem wannabe get into his car and call out to his friends, “That really p-zisses me off, yo!  Somebody should tell that Zima queen and her friends to chill on the za befo they do the be-ho’s.  Strew?”
In any case, our language is mutating at speeds too fast to comprehend.  The new tongue can only be learned via total immersion.  It requires hanging with fifteen year old black poet-children with skateboards and pistols.
One purpose of slang has been exclusion.  When millions of Africans were kidnapped and shipped westward across the ocean, they became the property of people who suppressed their entire culture.  Slaves were forced to speak the masters’ language.  They devised alternative uses for this language but were actually circumventing it.  They reinvented their culture with slang, Santeria and the Blues.
Little has changed from that original motivation.  Slang is still a language of exclusion.  American slang matured in a culture of jazz, blues, segregation and restriction.  In the sixties it spiraled off in another direction, becoming a barrier between adults and their adolescent offspring.  It has since drawn most of its energy from generational alienation.
T
he speed at which language now mutates is exponential.  It seems inevitable that slang will fracture into dialects whose boundaries are age groups. The only means of communication between these boundaries is likely to be a return to conventional English.  It will be the only way a seventh grader can speak to a ninth grader.
Slang is creative.  This other mutation, this hick stuff with words like “conversate” and “orientated” is just irritating.  I may have exaggerated my bigotry (I may just be a snob) but I’m not here to function as the Language Police.  English is a living language that has been changing for more than a thousand years.  It has probably changed more in the last decade than it has in the nine hundred ninety years before this time.  There are now many occupations for which there existed no word or term twenty years ago.  What was a “webmaster” in 1975?  What was a Twitter?  Software?  HTML?
We live styles of life and make our income from a plethora of jobs that did not exist a few years ago.  There was a time when a family of blacksmiths stayed a family of blacksmiths for five or six centuries.  Now it’s difficult to find a blacksmith.  Soon it may be difficult to find a family.
I am unable to appreciate hip hop because I can’t follow the words.  They’re too fast!.  There’s something about the speed at which people think, listen and speak that has accelerated.  I’m amazed when I see a Hip Hop performance and can do little more than latch onto the spoken rhythm, to hear the rapper’s words as a form of percussion.  Yet I see in the audience people mouthing the words along with the performer, speaking and comprehending and I wonder what I’m missing.  I can’t help being a member of my age group.  Words have always been precious to me and I feel excluded and lost.  Hmmm.  I feel excluded.  Uh oh.  That’s not good.  Maybe I’m seen as a member of some kind of over-class from which certain realities must be hidden.  Am I now too old to be culturally relevant?
Am I “out of it”?
I never thought I would become a victim of slang.  If you catch me in a zifflenook it might just be a Rangoon boof alarm.  Aight?
at May 28, 2010