The World Is Broken 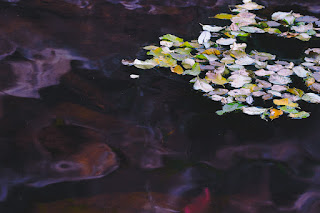 I ‘m not sure when I snapped. One day I realized that every morning when I woke up I would glance at the news and see an article, a headline, some event that would stretch my credibility to the breaking point.  I knew that, like Chicken Little, our sky was falling and nobody knew what to do about it.
I stopped consuming the news.  I couldn’t take any more.
Then the oil “spill” in the Gulf of Mexico occurred and I realized this: we have broken the world and we can’t fix it.  We, homo sapiens, have committed such atrocities upon nature that we have impaired the planet’s ability to sustain our human population.  As we destroy ourselves, we’re taking a lot of other species with us.  Polar bears, cheetahs, mountain gorillas, humpbacked whales, they’ll be gone too.  I will miss them terribly.  My heart is already broken.
I see Earth as a complex and self-regulating organism.  I am mostly in agreement with James Lovelock’s Gaia hypothesis.
In the long run, Earth will repair itself.  Its powers of regeneration are almost infinite.  The problem is that what’s good for Gaia is not necessarily good for human beings.  Gaia may need a couple centuries of Shake, Rattle and Roll before the ecosystems are healthy, before the ocean is repopulated with aquatic creatures, before the life that dwells on this planet is capable of flourishing.
How do human beings fit into this scenario?  I think we’ll still be here.  There will be a relatively small population of people, perhaps a few hundred million, dwelling on this planet.  The sprawling infestations of some ten or twelve billion people will have died off.  That includes you, me, and maybe our grandchildren and great grandchildren.  We are on the brink of an era of earthquake, flood, storm and eruption.  Rising sea levels will push people into terrible wars over resources and real estate.
It’s very sad that Gaia needs to teach us such a harsh lesson but we have been very inattentive students.  The rules were simple enough: be reverent towards life.  Be kind to other creatures while accepting the ubiquity of predator/prey relationships.  Take only what we need to sustain ourselves.  Develop non violent technologies, that is, make life-enhancing tools that do no harm to the biosphere.  That’s all it takes.
Do I sound crazy?  How can I be sane?  I am witnessing psychotic behavior on a global scale.
If you’re not depressed, there must be something wrong with you.
at May 14, 2010