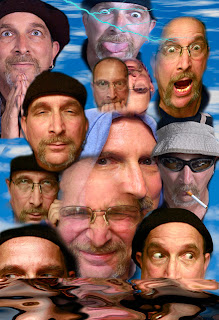 The Writer’s Stampede
Where did all these writers come from?  It seems that everyone has a book to promote and is searching for an agent, thinking about self-publishing, attending workshops and jumping through endless hoops to garner attention with a book project.
Literary agents report receiving from four hundred to a thousand query letters each week.  Agents have become something like gods, they have the power to bestow bliss, rapture and burning hope in the hearts of writers.
All this is happening in an age when it is thought that no one reads books any more, that video games and other distractions have turned our children into withdrawn illiterates.
Then along came J.K. Rowling with Harry Potter and the world changed.
Ask any agent or publisher what the odds are of selling a book.  Conventional wisdom holds that selling a book to a publisher is impossible.  The odds are astronomical.  Self publishing is one way of getting a book to the public but the writer must SELL the book.  It’s one thing to place a work in the digital marketplace, get an ISBN number and register the book with Amazon.  It’s another thing to SELL the book.  The effort required to promote a book is staggering.
It requires spending twenty eight hours a day on Twitter, Facebook, Bonghook, Bookface,
Yourspace, Myspace, Crawlspace plus traveling to at least ten writing seminars a month.
Certain genres have congealed as dominant in this scurry towards publication.  YA, or Young Adult, is by far the big market.  Add Vampires, horror,
the supernatural and you have the Infinite Candy Mountain of book projects.
Park your dragon in the rear and get your ticket validated.
I’m a writer.  Just another writer.  I’ve made a few sales.  I generate a little income but I haven’t sold any of my book-length projects.
I’ve queried agents hundreds of times since I began writing fiction in the late seventies.  I signed to a major agent for two years after selling my first story to Playboy Magazine.  Then I proceeded to screw up, to write poorly, and my window of opportunity passed.
I continued to write and got better.  I devoted thousands of hours to my novels and they got better, and better, and still better.
I’m still querying agents by the hundreds and receiving form letter rejections. "Not what we're looking for."  "Good luck with your writing career." "Burn your manuscripts and take up knitting."  Stuff like that.
I believe in my writing with passionate intensity.
I feel as if I’ve just walked into Disneyland on a day when a major publisher has announced that it will randomly chose one writer in the park and offer a three book contract with a half million dollar advance.
The crowd is suffocating, stifling.
I feel lost, overwhelmed.
I don’t have a vampire in any of my books.  I have  good writing.  It is muscular, powerful, original, funny and compelling.
All I can do is continue writing and querying agents, entering contests, hanging around internet writer’s blogs and endlessly revising the books t hat I love as I love my own children.
at May 16, 2010