This Is An Emergency 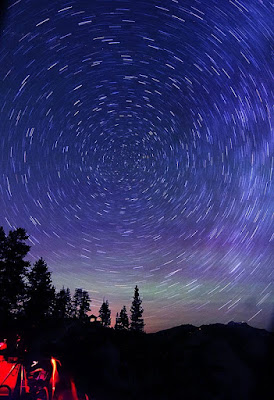 Lately I tend to avoid the news. It’s a torture to hear of swindling, scamming and stealing, and far worse torture to hear of suffering, calamity and death.
I’m not giving up, not withdrawing from the world.  The big question is “what can I do?”
I can do little things.  We can all do little things.  It isn’t necessary to achieve the heroic.  Yesterday my wife and I went to a memorial service for our next-door neighbor’s husband.  He died a month ago.  We didn’t know him and barely spoke to his wife.  But she asked us to come.  She passed invitations to the whole neighborhood and we understood that this was going to be a poorly attended service.
The woman’s grief was sad enough.  She needed support.
So we went to the service.  We were the only people from the neighborhood.  There was a handful of people from the widow’s family.  The brother and sister of the deceased were in attendance.
Everything went wrong.  The PA system broke down.  The speakers and performers didn’t know the order of their parts.  People got up to speak and arrived at the podium simultaneously.  Then it was pure farce.  “You go”.  “No, it’s okay, you go, I’ll go next.”  “No, I can wait.”
There were squeals of feedback, dead microphones.  It lent the experience a unique charm.  We were all joined in this aura of incompetence.
The featured speaker was a pastor from out of town.  He was some kind of guest star.  We were clueless why this guy spoke and the church’s pastor remained quiet.
Halfway through his speech I began to pray.  I began to pray for him to shut up.
I have never heard a worse religious speaker.  Never.  He began by saying, “I didn’t know Sam, but everyone tells me he lived a full life.”
That was a bad literary ploy, bad speaking.  Then he did it again.
“I didn’t know Sam but everyone tells me….”, and so forth.
He said it again, and again, like it was his major point.  He didn’t know Sam.  Yeah, that’s great.  What comfort can you give the widow?
His favorite image was of The Second Coming.  On that day, he said, the dead who have been Saved will return to life and jump from their coffins like popcorn, to fly through the air.  They will be with Jesus Christ.  They will be in Heaven.
Popcorn.  At a memorial service.  He wasn’t trying to be funny.  It was the kind of sermon where we sighed with relief as the speaker reached the end, only to sit back in our seats when he kept talking.  He’s done, he’s DONE, he’s DONE!!…awwwwww, he’s not done.
He spoke for twenty minutes.  It felt like twenty hours.
At last his droning sermon came to an end.  The little choir came on to sing hymns.  They were amateurish but they were beautiful.  They were modest yet passionate.  They believed in their singing.  They saved the day.
No one forced us to attend this service.  We didn’t want to go.  It was an invitation to sit for two hours in a stifling church among total strangers.  When we arrived, the widow’s expression was of profound gratitude.  After we saw her face, we would have chopped stones all day for her.  It was an important mission.  We represented The Neighborhood.  Without our presence, the message would have been loud and clear.
The Neighbors don’t give a shit.
I’m not boasting about doing some virtuous deed.  I’m saying that there are good deeds to be done, little ones, medium ones, and big ones.  Any good deed will do….
This is an Emergency.  We need all the Boy Scouts, Girl Scouts, Cubs and Brownies we can get.  Things are bad and getting worse.  By the time the crisis has passed, we will know the difference between the seed and the chaff.
I have no way to prove this assertion, no evidence.  But I have a feeling that when the crisis has passed, the survivors will be those who did good deeds.
at July 09, 2010