The premise of The Secret, or The Law of Attraction is that you create your world from your own thoughts.  If you diligently control the imagery of your conscious mind, replace negative thoughts with optimistic fantasies, you’ll be able to have everything you want.
“The Secret” is a marketer's dream, a generator of profit that virtually demonstrates its own success as a concept...for the woman who devised "The Secret".  One of its most seductive techniques is to lure people with stories of sudden miracles.  Of course, there are sudden miracles, they happen every day, with or without Laws of This Or That. Some of these stories are silly.  There’s the tale of the lady who got the business folder she so ardently desired.  There are stories about money that comes out of the blue.  There are miracle cures.  This used to be called Snake Oil.
On the surface The Secret seems like a harmless enough program to get what you want out of life.  It raises expectations and hopes.  It dazzles those who are chronically unfulfilled, by which I mean almost all of us, with a new technique that all but guarantees that we attain our goals.  It only takes absolute Belief.  You MUST believe.  It doesn’t work without Belief.
I can’t help feeling that practicing The Secret is like grabbing the universe by the throat and saying “gimme gimme gimme!”  It lacks a certain grace and dignity.  It plays on the American obsession with following dreams, with the mantra-like repetition of that shibboleth, "follow your bliss."
I’ve heard this “follow your dream” crap till I’m ready to bop the next Oprah-inspired dreamer with a rubber mallet.  Enough already!  Let me grow old, get sick and die in peace without having all these goodie goodies telling me that if I persist passionately my dreams will come true.  I have always persisted passionately.  That’s my nature.
I got the book and DVD of “The Secret” as a gift.  I wouldn't have bought them for myself.  I’m innately suspicious of programs that promise to deliver fulfillment if only one will follow these seven (or ten, or twelve) simple rules.
I decided to work the program.  I followed the principles diligently for two years.  Every moment of every day I relentlessly held specific fantasies in my head.  I filled out the faux check that’s available from The Secret’s website.  I filled it out for three million dollars.  I thought that was realistic.  I envisioned my bank statement ten times an hour.  Sixty five thousand two hundred eighteen dollars and thirty five cents.  I figured I could spare it from my three million.  I visualized the McArthur Genius Grant letter I would be receiving in the mail.  I visualized the amount of the check.

I worked “The Secret”.  I really worked it!  Oh, I was good!  I examined my daily life for little flaws, holes, self sabotaging traps.  I kept my mind swept clean of negative thoughts like the most compulsive housewife with a vacuum cleaner.  I mentally repaired every flaw in my life.  I fixed my wife’s health.  I fixed my own health.  I put myself into the emotional state of celebration that my fulfillment had already happened.  I believed!  Or at least I believed I believed.
For a time I was able to ignore the fact that the monster of my unconscious mind was dragging me down like a pair of concrete galoshes.  The concept of “The Secret” is that the unconscious can be trained, it can be led like a leashed puppy until it’s been so nourished by positive images that it sits up and begs.  Feed it positive food and pretty soon it will become habituated to the positive.  It’s all about the vibrations one emits into the ethers.
My experience of the unconscious, the irrational power of what lies beneath the upper layer of the mind, is that it is an immense tyrannosaurus of gnashing ferocity.  It just laughs when I feed it my fantasies of health, wealth and love.  Then it claws the images into its ravening jaws and goes crunch crunch crunch.
“ Hahahaha!”, it roars.  “The Secret.  Did you really think I was going to go away and stop tormenting you with your fears and compulsions?  Hahahah!”
I gave The Secret two years of intensive mind-control, of relentless positivity.  My life changed in its normal organic fashion.  I made progress.  There was no three million dollars.  No McArthur Genius Grant.  No huge victories, no plucking the fruits of the universe from the infinite warehouse of abundant goodies that are supposed to be available to all who correctly practice the law of attraction.
The purveyors of The Secret would analyze my behavior and find some loophole, some self-sabotage right under my nose.  My car wasn’t parked in the right place.  My wallet wasn’t organized to welcome money.
I must state that I do utterly believe in the power of thought to order the world.  The reality we see IS indeed an externalized pattern of thoughts, it’s a giant weave of the thoughts of the people who think and agree upon a consensus reality.  At a deeper level the power of karma is expressed with a simple axiom:  the thoughts of one’s life outlive the body.  My thoughts hang around after my body’s gone.  They wait for the next incarnation, where they rejoin my new identity as karma.  My own thoughts return to me.  They are almost immortal.  It’s very important to take responsibility for what I think.  It takes time.  It takes eons to learn how to think with wisdom.  That’s what I’m  here to do. That’s the principle I serve. 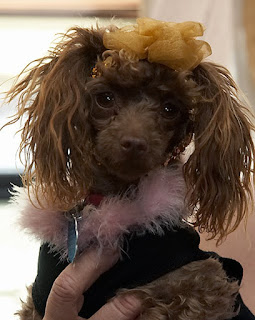 When I contemplate The Secret I am offended by its narcissism.  I’ll get MY life together, fulfill MY dreams. Look at the world.  Look at the immense suffering, look at the titanic oil leak, regard the hatreds, the nuclear threats and the psychosis of fanatics everywhere.  Look at the tsunami of destruction that’s happening all across the earth.
What good is my personal fulfillment against the backdrop of such sorrow? The only thing I could do with The Secret, if I have any integrity, is to fantasize about the whole world’s healing.  If I could make that happen using The Law Of Attraction, I would dedicate myself to its practice right down to my marrow.
Anything less is not enough.

Email ThisBlogThis!Share to TwitterShare to FacebookShare to Pinterest
Labels: the future in the 21st century, The Secret. karma