How To Write And Publish A Book In Only Forty Years 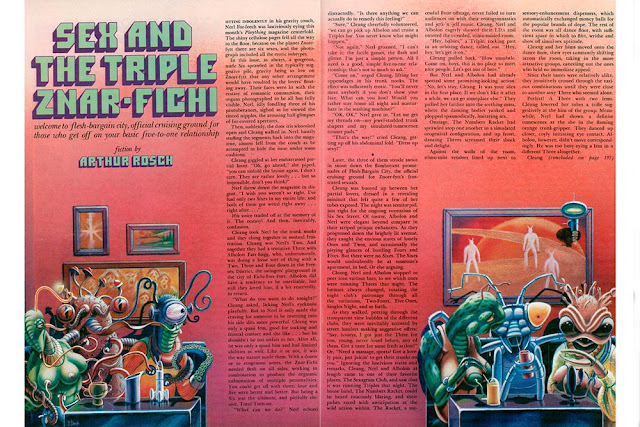 My VERY first literary sale was a short science fiction story to Playboy Magazine.
You can imagine my thrill as I opened a letter from my agent that contained a check for $1800.
I was stunned.  I was outside the downtown post office in Mill Valley, looking at a check for some serious fun money.  At that time, fun money meant drug money because I was already strung out on some nasty substances.  I hadn’t yet gone down the tubes.  I hadn’t lost my house, my friends, my car, my money, I hadn’t lost everything except my dog and the clothes in which I stood.  Not yet. 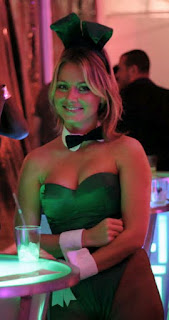 About a month later, I got a package from Playboy.  Congratulations, the letter said, your story has been selected as Playboy’s Best Short Story for 1978.  There was another check for $500.  There was a trophy.  It was a clear Lucite brick about six inches tall..  In the center of this object, preserved like an ancient fly in amber, was a fake silver dollar with the Playboy Bunny stamped on its face.  The package contained an invitation to attend the magazine’s Twenty Fifth Anniversary Party in New York City.  Playboy was picking up the tab on everything, plane ticket, room at the Waldorf , clothes, food, anything I wanted to buy.  It was all on Playboy’s tab.
The party was a celebration of Playboy’s twenty fifth year in print.  It was also the party that rolled out all of the year’s “Best Of” awards.  It included a ceremony to honor the Best Photograph, Best Illustration, Best Interview; all the Best including my funny little sci fi story about a planet where there were six genders.  The story was about a night of club-hopping by a typical young Three..  On the planet Znor-fitt the gravity was weak, and it took a pile of creatures just to stay down long enough to procreate.  Everyone dreamed of being in a Six but that seldom happened.  Most of the Znarfs were Twosies, Threesies, and occasional Foursies.  The ultimate Six was strictly a fantasy.  No one really got Sixed Up except in their dreams.
It was a good story.  I built this complex world from a mere thirty six hundred words. 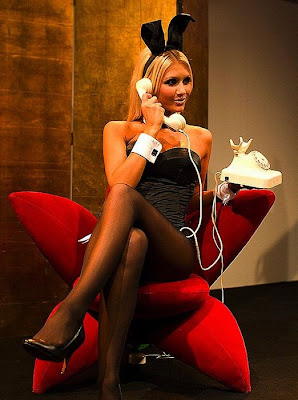 I was suddenly a writer in the spotlight.  I had an agent.  I had two novels that I was writing simultaneously.  You would think that I was about to break into that magical realm of  Known Writers.  I could take my place on that List kept by publishers to designate best sellers, medium sellers and good writers who weren’t selling but had enough potential to stay on the List.
I had a few problems.  I was thirty and the best year of my life (so far) was now two years in the past.  The worst year of my life was two years in the future.  I was on my way down; I wasn’t rising into stardom.  I wasn’t getting on anyone’s list.
On the airplane to New York I met a musician.  As soon as we landed, we got a cab to his place where I was able to buy eight grams of opium.
I was living in a daze.  The Playboy celebration was stuffed with famous writers, artists and haute monde celebrities .  This wasn’t a cheap bunny-bumper of a party.  This was the center of our culture.  At dinner I sat next to ROOTS author Alex Haley and macabre cartoonist Gary Larson.  I think.  I was a little fuzzy.
I didn’t puke, nod out, scratch my crotch or swivel my head in paranoid spins.  I danced with Playboy's fiction editor.  She told me how much she loved my story.  There was a ten-foot poster of the story illustration hanging on the wall.  It showed goofy aliens with tentacles cozying up to a bar, ala Star Wars.  My name was there in a gigantic font.  BEST STORY OF THE YEAR: ART ROSCH.
The story I’m telling now is really about my two books.  The science fiction novel was a finished manuscript.  The other novel, my fictional autobiography, was making rapid progress.
I didn't realize it, but I wasn’t writing well.
I wonder why. 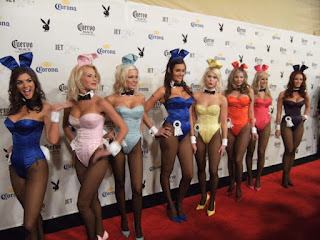 The agency had assigned a good editor to work with me.  The few days I was in New York we had the classic writer/editor lunches.  It was great, it was fantastic!  I felt important.
If I couldn’t score more opium, heroin, dilaudid, fentanyl or something, I would have to scurry back to California in about three days.
My attention was somewhat unfocused.  I could still write.  I just couldn’t write well.  I couldn’t grow as a writer because something other than writing had taken command of my soul.
The science fiction novel, titled THE GODS OF THE GIFT, floated from one publisher to the next without being sold.  It was always a little too…something.  No matter what the editors asked, I couldn’t achieve a satisfactory result.
The autobiographical novel was called “audacious” by one of New York’s most powerful editors.  All I had to do was polish it and finish it.
I was in the middle of my real-life biography and I was just about to confront the biggest obstacle, the most dangerous villain, the most terrifying prison in the universe.
How could I finish my autobiographical novel when I was only approaching the first precipice?  Thus far I had written about my childhood and adolescence.  I had developed the characters of my abusive mother, passive father, sociopathic brother and spoiled sister.  The protagonist was plucky and soulful, determined to overcome the psychic legacy of his dysfunctional family.  It was grim but it was also funny.  It had that black humor and sweet pathos that make for good books.
I was able to write during the first half of my twenty year addiction.  I still had a place to live, friends, associates, an IBM Selectric.  I worked on both books.  I wrote to a provisional conclusion in the autobiographical novel.  Its title was and still is CONFESSIONS OF AN HONEST MAN.
The second half of my addiction was barren of all creativity.  It was the Dark Night.
I dropped through the bottom of the world and imprisoned myself in a deep well whose sides were so slick with algae and slime that I couldn’t even get a grip to lever myself upward. 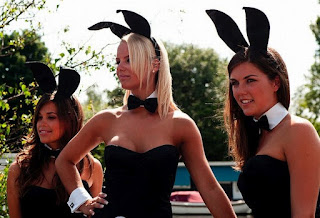 I could not write either book until I had regained enough command of my soul that I could be with friends who weren’t addicts.  I could not be an artist until I had restored the power of my words by keeping my word.  Always.  I could not be anyone’s friend, partner or mate until I had repaired the damage I had done to my character.
Some things are more important than art.  I learned this lesson during the second ten years, when I finally let go of the ego-inflated camouflage of an identity labeled ARTIST.  I wasn’t an artist.  I was a bum and a criminal.  I wanted to be something better.
Let us assume now that I am not dead.  That I am without HIV or other lethal infections.  That I survived the long ordeal and became a decent, honorable person.  I’m a bit weathered but otherwise doing fine.
So what about the books?
In 1996 I was seized by a ferocious energy and revised THE GODS OF THE GIFT.  I turned it into a much better science fiction novel.  I wrote ten, twelve hours a day, I couldn’t stop.  I revised the book again in 2006.  I solved major structural problems with the premise and the narrative.  Then I tackled CONFESSIONS OF AN HONEST MAN.  I revised it and added a significant middle and end section.  I was in my fifties and had a few experiences under my belt.  I felt qualified to write a fictional autobiography.
I contacted the agency that had represented me.  The head of the agency had died.
The second-in-charge had taken over all editorial duties, and he worked with me.  It wasn’t a good fit.  This man had been a prominent science fiction writer.  He wrote the most awful things about THE GODS OF THE GIFT.  If you’re a writer, you don’t ever want to get a letter like the one I got.
He liked CONFESSIONS OF AN HONEST MAN.  We corresponded for a year. He was not a kind editor.  His insights were terrific and for a while he helped me to be a better writer.  All writers must steel themselves to handle criticism.  That’s the editorial process.  But at some point a personal element crept into his critiques.  I felt as though he was angry with me.  Or he was just angry, period.
His letters got nastier and nastier.  In one letter he accused me of not taking my material and my readers seriously.
That was it!  Over!  I had become a transference object for a bitter old man whose books were out of print.  The agency had once been a mighty power in the world of publishing.  Now it was slowly disintegrating.
I may have many grievous faults but there is one fault that is not in my personality.  I would never fail to treat my work and my readers with respect.  It’s not in my nature.
The result of working with that man was a two year case of writer’s block.  He shattered my confidence.  Still, I bounced back.  In the last decade I feel I’ve made immense strides in the craft of writing.
Now I’m on my own.  I’m a barely-published writer with an old Lucite –covered Playboy bunny on my desk.
The world of publishing has changed.  It has become a mobbed industry stumbling upon its own shoelaces as it evolves into the digital era.  It is a hexed sideshow of mass confusion, of millions of writers competing for hundreds of slots, of overwhelmed agents and editors, of publishers who seem to have good reasons to avoid taking risks.  No one has a clue what publishing will look like in ten years.
I didn’t go through all this shit to disappear into the mass grave of unpublished writers.  I’m querying, blogging, Tweeting, Bookfacing, Zifflenooking, Doodly-poo-ing, Rump-A-Humping, all that stuff.
I’ve said enough.  You’ll hear about me.  I’ve written more books, more essays, blogs and poems, and I will not, as General Custer should have done, ReTweet!

Write Out Of My Head
www.artrosch.com 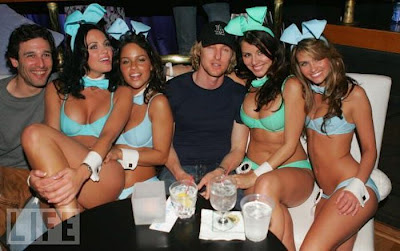